Confessions of an Obese Child #1: “Why did I become fat?” Growing up an obese child is one of the most traumatic and gut-wrenching experiences one can endure.  It fundamentally alters how you perceive yourself, your self-worth, and distorts your normal psychological development.  For sure one could consider this a “first-world” problem, for I would say growing up in war-torn Sierra Leone and starving in the South Sudan is appreciably worse.  But I can’t relate to those horrors; I can relate to being fat and you know what they say “Write what you know about.”

Purpose of “Confessions of an Obese Child”

The point of Confessions of an Obese Child is quintessentially “bloggy” in nature.  It is a venue for me to finally express my sadness, angst, and anger of being an obese child and process those feelings.  I have never done this and it should be quite cathartic and therapeutic.  The other goal is to offer insight for those who never went through this and to offer a channel of collegiality and commiseration for those who have.

Why did I become fat?  Good question.  Certainly during my childhood and adolescent years I never gave it much thought.  Since my earliest recollections I was fat and fat is what I was likely going to be.  I knew as I got older that ordering pizza while my parents were out and hiding the empty cartons behind the washing machine was not normal, but I didn’t do much introspection.   I didn’t delve into the notion of why I was fat and others weren’t.

As I entered the teenage years, I did begin to resent my parents and blame them for my obesity.  It was quite a contradiction, for I would implore them to buy me more junk food, but then later scold them for doing so after I ate all of it in one sitting.  At that age I didn’t know how to be accountable for I what I literally put in my mouth.  In my adulthood (after I had lost the weight), only when I was struggling with unhealthy eating practices and a good sense of who I was did I look back as to the possible causes.  Let’s sit on the shrink’s couch, shall we!

My family is originally from Mexico.  My parents married in Mexico in 1962 and moved to Texas after my father got a job as a pathologist at a prestigious cancer hospital.   I am the youngest of three boys.  By the time I came around my mother suffered from depression and anxiety.  She was also a pretty aloof woman who wasn’t much for public displays of affection…or private.   My father was a paradox.  I famous well-respected doctor who was our soccer and baseball coach.  He was kind, instilled the love of knowledge, and genuinely cared for us.  However, he was a functional alcoholic prone to mood swings.  I didn’t know when he came home if he was going to be sweet or sour.

This was the milieu in which I was raised.  I began becoming overweight around age 5.  I began to have an unhealthy relationship with food.  I think this is because my mother was so preoccupied with her depression that I didn’t get the emotional nurturing a young child needs.  She was also a people-pleaser so anytime I asked for food she would give it to me.  I didn’t know how to handle my father.  I adored the sweet, charismatic, world-traveling doctor, but was scared to death of the alcoholic who raged at me.

As a coping mechanism, I turned to food to soothe away the anxiety that my father brought me and the nurturing that 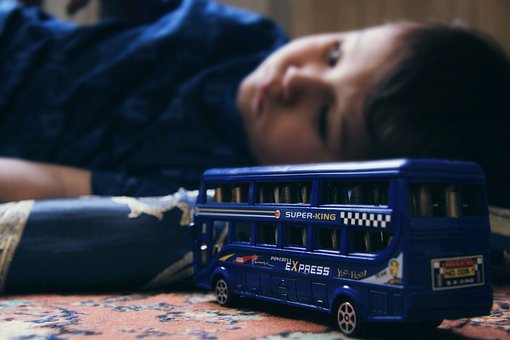 my mother deprived me.   I turned to food because honestly there was nothing else a young boy could turn to (too young for booze!).   I ate to soothe the pain.  Soon the kids began to call me fat which in itself led to more binging (I will blog about my school experiences at another time).

This epiphany came to me in my late teens and 20s.  I went through a period of hating and blaming my parents for screwing me up.  It was there fault that I was fat.  “Why didn’t you stop me from binging?”  “Why did you let me get fat?”  My mom would retort, “We tried but you wouldn’t stop and we didn’t know what to do.”  I stewed with anger even though I had lost my weight by then.  After fat people lose weight they still see themselves as fat inside.  The same insecurities you had back then you still have when you have shed the pounds.  You are a fat person in a skinny body.

My anger toward my parents was misguided.  My father passed away suddenly in 2008.  Prior to that, I sat down with him at an airport terminal waiting for a flight.  I told him “Dad, I know I wasn’t the best son and I blamed you for a lot of stuff, but I realized you did the best you could given the tools you were given.  I don’t blame you for my obesity anymore.  I love you. “  He teared up….I think it was the first time I had ever seen him cry.  Even when his father died he didn’t cry.  I shared a similar conversation with my mother.  She appreciated it, but unsurprisingly no tears from her.

I had learned a few years earlier that my grandmother left my grandfather and his three sons on my dad’s  3rd birthday never to return.  How traumatic would that be for anyone?  To cope he turned to alcohol the same way I turned to food.  It seems we all have something we try to numb whatever underlying issue we don’t address.

I have come full circle vis-à-vis my parents.  No longer do I blame them for becoming an obese child  Do I wish they were more nurturing?  Yes. Do I wish they would have enacted more measures early on to curtail my burgeoning waistline?  Of course!  But they are humans with baggage doing the best they can.  And I think it helps all of us to remember that when someone lets us down or when we let ourselves down by doing something counterproductive.

No good comes from shaming.  Jesus fell three times on the way to the cross so it is normal to stumble.  The key is to find the underlying cause of what’s driving our self-destructive tendencies and address it.  Only then can we truly optimize our physical and psychological wellness.

If you are interested in my backstory please read About Me.  Please subscribe to my podcast here.

Reach out to me…I am here to help you. The Best Paleo/Primal Exercise Strategy for You

3 Essential Oils to have in your Naturopathic Arsenal

How Being a Fat Kid Stopped Me From...

8 Reasons Why We Continue To Eat Crappy...

Confessions of an Obese Child #11: The Competitive...

Confessions of an Obese Child #9: The Bicycle...

Confession #1: Why did I Become Fat?