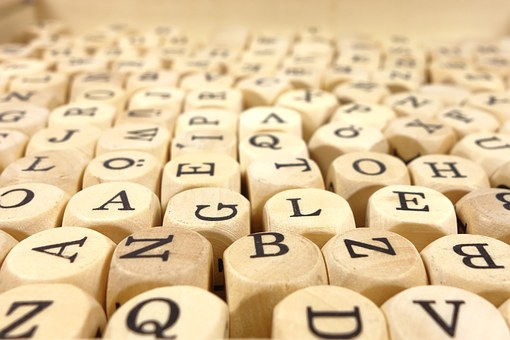 Is there a worse name to have when you are an obese kid than Albert!? I suppose in this new millennium it isn’t so bad since my students have no recollection of the classic Bill Cosby cartoon, Fat Albert. (I guess there are some ancillary benefits to his recent sex-abuse scandals.)

But growing up in the 80’s it was the absolute worse. I can’t blame my parents for my name. Alberto is a fairly common name in Mexico and my mother confided that I was almost named Oscar. Oscar, no offense to any of you with that name, is a pretty awful name as well, but I think I would rather be associated with a grouchy Sesame Street character than a portly Bill Cosby one.

The catch-phrase
For you millennials, Fat Albert was a Bill Cosby-produced cartoon from the 1970s. Albert and his entourage would get into all types of adventures in some nondescript inner-city. The catch line and most quoted saying in the show was “Hey, hey, hey…..it’s Fat Albert!” So guess what I heard practically four times a day for 15 years? Thanks, Bill! I hope your cast down into the frozen 9th circle of hell along with Cassius, Judas, and Brutus being slowly devoured by Lucifer.

The kids who taunted me were pretty clever. They would post pictures of Fat Albert on my desk or in my locker. I never knew who did it. They knew that if they said “Fat Albert” in class or hallways they would get in trouble, so they would hell out “Hey…hey…hey!” or just yell out “Earthquake!” every time I stepped.  The kids would laugh and the teacher would tell redirect but nothing more came of it. Even my parents would call me “Albertote” which means “Fat Albert” in Spanish, but at least I knew they meant it in an affectionate way.

The funny thing is that even as an adult Albert has always been a problematic name. I have been told many times throughout my life after the weight loss that, “you don’t look like an Albert.” Than what do I look like? Most commonly, it is “Robert” or “Allan,” for that is what I am most commonly misnamed. Even my closest friends from college don’t call me Albert. When they all met me they thought my name was Alfred (do I honestly look more like an Alfred than an Albert?) and so even to this day they call me Fred.

I learned to accept my name. What else can you do? Well my eldest brother changed his birth name from Mario Armando to Michael Sebastian because it was hard to live under the shadow of a famous cancer doctor. But I’m not going to do that. I have grown to tolerate Albert and even more particularly Gregory, for it is a perfectly acceptable middle name so I’ll use that.

If you are wondering why I go by A. Gregory Luna, it is because I like the name Gregory and I like having the first name initial. I enjoy the well it rolls off the tongue and it is a throw-back to famous literary figures in the past (F. Scott Fitzgerald or even the “esteemed” 80’s heart throb C. Thomas Howell. LOL) Like with all types of processing of the past, go with what works for you and don’t care what others think. You can’t please everyone…just be true to yourself.

“Reach out to me and let me help you achieve your goals.

3 Essential Oils to have in your Naturopathic Arsenal

Why You Should Care About Probiotic Foods & Microbiome Health

Yeah, parents really don’t think about the names they choose and how it could affect their kids later. Like “Large Marge” or even Michael Bolton (like from the movie Office Space).

Office Space is a classic!! Lumberg and the crew!