Google “methylation pathway” or “methyl groups” and you will find a plethora of information about the biochemistry of methylation. No need for me to weigh in on that aspect of methylation; it’s been done elsewhere. What is harder to find, however, is a clear explanation of the what-where-how-when-why of methylation, in common language, and why it matters for your health and well-being.  Let’s do “methylation, simplified!”  My intent is to save you some aggravation!

“Methylation is one of the most fundamental reactions in life – adding a carbon to a molecule to make a new one.” Dr. Chas Gant, College of Integrative Medicine

“Methyl group: a compound attached to a molecule that is a transient intermediate in many chemical reactions.” Encyclopedia Britannica

“Transient: a temporary oscillation that occurs in a circuit because of a sudden change of voltage or of load.” Encyclopedia Britannica

A few years ago, I organized an Evolution of Functional Medicine MeetUp in Northern Virginia. Even in the company of medical doctors, our MeetUp could not come to a clear understanding of methylation. I am sharing here what I wish I knew then, about methylation.

Looking at the heaps of notes and diagrams and charts from Integrative Medicine  and nutrition and basic biochemistry courses, collected since then, it should have become crystal clear to me what methylation was, where it happened, and how it related to the rest of the universe.

But it wasn’t … until I took a course on genomics and nutrition from which I am borrowing heavily here. (My thanks to Bob Miller of NutriGenetic Research Institute and his team.) That growing discipline is called functional genomics. It is part of the greater conversation about epigenetics … beyond genes … which also means beyond the mechanistic materialism that has dominated science, and, sadly, my interactions with the medical community for my entire life. 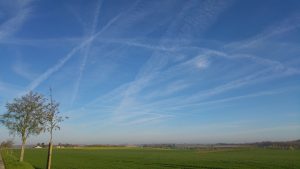 We live and die at the cellular level. A full spectrum of easily-assimilated nutrients are needed to feed cells. Eliminative organs (such as the liver, kidneys and skin) and nutrients (including vitamins, minerals and enzymes) are needed to remove toxins that damage the cells.

Oxidative stress, caused by the presence of any number of reactive oxygen species (ROS) which the cell is unable to counterbalance, is what ages us and breaks us down. Through methylation, our body manufactures the three major anti-oxidants needed to protect us from oxidative stress: glutathione, catalase and superoxide dismutase. (There’s more to this story, but that is the gist for now.)

(The “electrical” or energetic electron exchange of this pathway interests me a lot, far more than the biochemical.  The Encyclopedia Britannica definition of “transient” referencing circuits and changes in voltage is hugely important for our health and wellbeing … and overlooked in conventional medicine.  I will get to voltage and “energetics” in a later blog.)

“The three main purposes of metabolism are: the conversion of food/fuel to energy to run cellular processes; the conversion of food/fuel to building blocks for proteins, lipids, nucleic acids, and some carbohydrates; and the elimination of nitrogenous wastes. These enzyme-catalyzed reactions allow organisms to grow and reproduce, maintain their structures, and respond to their environments.” from Metabolism (Wikipedia)

The mitochondria are distaff powerhouses, passed down through our mothers; at conception, the mitochondria of sperm are eliminated. (Even as a kid, when I hated what Rupert Sheldrake calls “materialistic science,” I was terrifically impressed by mitochondria!)

Sheldrake’s an amazing author.  See one of his better tomes below:

Some cells have more mitochondria than others, depending on the energy needs of the tissue or organ. These powerhouses zip around the cell to where they are needed making energy (along the folds of their permeable outer membranes), using glucose, fatty acids and amino acids.

“There are usually hundreds to thousands of mitochondria in each cell. They use the oxygen from the air we breathe to burn up the food we eat to produce useful energy.” Dr. Lee Know, author, Mitochondria and the Future of Medicine, The Key to Understanding Disease, Chronic Illness and Life Itself”

It’s a great read.  Check it out below.

Shaped like blimps, mitochondria are said to be bacteria that made their way into the human cell. They generate the vast amount of energy that humans need to survive, aerobically, using oxygen. Thus, our connection to earth resides within our very being at the cellular level: healthy mitochondria and healthy microbiomes give life; without them, humans do not generate energy or … live.

“How healthy a cell is can be judged by the shape of its mitochondria: They are tubular when all is well, turn into donut forms under the stress of too many free radicals, and into blobs when damage is irreversible. In a vicious cycle, the more its shape departs from normal, the more free radicals the mitochondrion produces.”  Agrawal, Ahmed 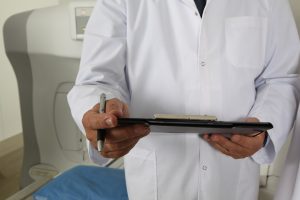 Seek out a Naturopathic Doctor (ND).

There are thousands of reactions per second in the methylation process, and enzymes are fundamental to those reactions; they make these reactions “flow.” Breaks in the “flow” and damns in the cycle, lead to dysfunction and illness.

In the diagram “Methylation Map,” the letters in yellow represent enzymes. Enzymes are catalysts that move the chemical process along. Enzymes, along with cofactors, take a substance A and turn it into substance B. Substance B may be a critical nutrient we need, or a safer substance from a toxic substance. Enzymes are proteins with genetic coding. Genetic variants (single nucleotide polymorphisms – SNPs, pronounced ‘snips’) may cause less than optimal conversion of substance A to B. And since co-factors are needed, a lack of cofactors will impede the substance A to B conversion.

Suzy Cohen is a pharmacist, and she describes methylation like this:
“Methylation is the process of taking a single carbon and three hydrogens, known as a methyl group, and applying it to countless critical functions in your body such as: thinking, repairing DNA, turning on and off genes, fighting infections and getting rid of environmental toxins to name a few.”

An example of a methyl group is SAMe (S-adenosylmethionine). It is in the top right of the diagram and it is the major methyl donor in the cell. Methionine, folate, betaine, and choline are other examples of methyl groups. Too few or too many methyl groups contribute to metabolic and functional problems.

As for DNA and genetics, in relation to methylation, that needs some clarification.
DNA are the instructions on how to make the enzymes that turn A to B. SNPs in DNA (that are inherited) — or lack of cofactors — can impede the reactions, resulting in dysfunction.

DNA is nothing more than a pattern that tells the cell how to make proteins. That is all that DNA does!

Enzymes are proteins that are coded by your DNA. If coded “abnormally,” it is called a genetic variant. Everybody has genetic variants. That’s just the way it goes.  Genetic variants are inherited, but they can be influenced by chemical, structural, and emotional stressors, and diet/nutrition and lifestyle. The influence of external factors on genes is called epigenetics, beyond genetics.

“The body has the ability to heal itself of many ailments if it is supplied with sound nutrition, routine detox, and proper cellular energy.” Dr. Larry Tennant

Some SNPs affect how we develop disease or respond to drugs. Some seem to have no discernible effect. Some SNPs effect the production of enzymes … and that is the crux of the methylation discussion. When you have SNPs in the genes that make the enzymes, the function of that enzyme may be impaired. These genetic conditions may be a contributing factor to poor detoxification pathways and lowered immunity.

“Everyone has some level of genetic variation in their DNA and is susceptible, in their own unique way, especially if they have excessive amounts of variants. These variants can impact your ability to make and use different nutrients critical for: detoxification, mitochondrial function, limiting free radical production, ammonia removal, DNA repair, and much more. The net result can be increased inflammation, decreased energy, brain fog, and other adverse symptoms that compromise vitality and quality of life.” (Bob Miller, Traditional Naturopath, NutriGenetic Research Institute)

“Current thinking is that each gene can express as many as 100 variations of a family of proteins. There is ongoing discussion about how this works, and what controls the process, but signals from the external environment are clearly important. For a human cell, those external signals come not only from the physical environment, but also from the state of mind of the person.

This is why stress can adversely affect the physical cells, and why the reduction of stress is so important to good health. Our body materially reflects how we think, and what we believe about the world. To that extent, we are the co-creators of our fate, with our genes.”  Crispin B. Hollingshead

If you want to dig in really deep into methylation and functional genomics, I recommend reading Dr. Lee Know’s “Mitochondria and the Future of Medicine, The Key to Understanding Disease, Chronic Illness and Life Itself” but just enough to cover the basics of mitochondria. Then, sign up for the course on functional genomic analysis offered by NutriGenetic Research Institute (NGRI).

Again, an excellent primer on methylation:

You can also tune in to NGRI’s biweekly webinars.

I recommend you start at the beginning of those webinars, or you will be lost. (Trust me … bunny slopes before black diamonds!) Then, I would go back to the rest of Dr. Know’s book. NGRI will provide background, research and context, along with graphics and analytical software, and a community of people steeped in the discipline of functional genomics and its bread and butter, methylation.

NGRI will host at least two conferences in 2019 on functional genomic analysis, one in Hershey PA and the other in Denver, CO. Click HERE for more information!   I hope this methylation, simplified helped.  Until next time!

Check out her inaugural article on Naturopathic Earth welcoming you to her Holistic Haven of Health.