ArticlesConfessions of an Obese ChildConfessions PodcastHow I Lost Over 100 lbs. & Kept It Off For 25+ Years

Obese Child: Reflections on my 28th Anniversary of Weight Loss 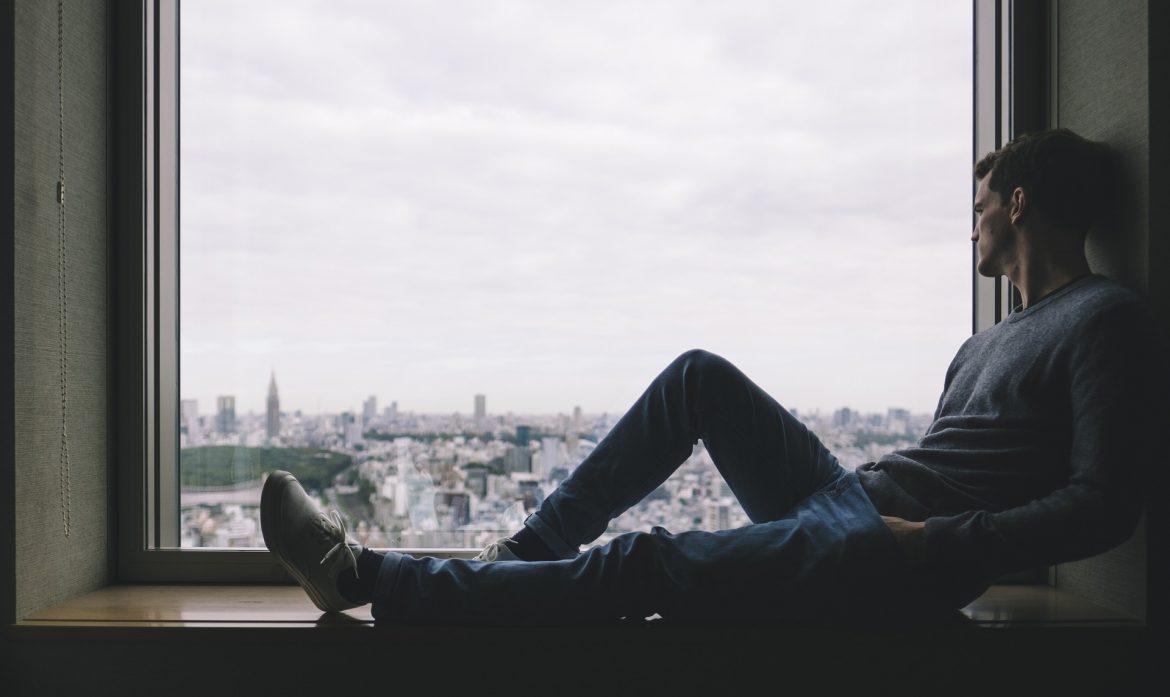 On May 4, 1991 a 17-year-old Albert Gregory Luna participated in the Junior Cross & Ring Ceremony at his Catholic high school.  This ceremony marked the ceremonial transition from being a Junior to a Senior.  It was a big deal at my school.  This day is when I officially ended my weight loss.  May 4, 2019 I commemorated my 28th anniversary of weight loss.

At the apex of my weight, I weighed 285 pounds and wore a size 58 inch waist.  This was when I was 16-years-old.  As I have mentioned in my e-book Confessions of an Obese Child and numerous Confessions podcast episodes, like Opposite Sex and Suicide & Cutting, my high school years as an obese kid were rather horrific.

Arguably it was worse in middle school.  There, I would customarily have my gym shorts taken from me to see how many kids could fit in them; be called “Fat Albert” ad nauseam, kicked in the ass, pinch and drawn on my arms, and more and more.  It was a tough time, if I could borrow the classic British understatement.  Buy the e-book for only $2.99 or listen to the episodes for more info of this time.

With the commemoration of my 28th anniversary of weight loss let’s go back to where it all began.  I began my weight loss in the Fall of my Junior year.  Why and how I lost my weight you can learn about in the How I Lost My Weight. Ruminating and retrospecting back after nearly 30 years of weight loss, I come to some conclusions.

It was a big deal.  Losing over 100 pounds and keep it off for over a quarter-of-a-century is a humungous achievement.  Given that only 5% of people who have lost more than 50 pounds keep it off indefinitely, it is even more impressive.  I don’t want to write that and come off as arrogant, but we must learn and discern the subtle difference between pride and arrogance.  Stating that I have done this and stating that it is an exception, singular achievement is written in the form of taking pride in my accomplishment and not in an attempt to throw it in other people’s faces.

I sometimes forget this achievement.  In the early years of my weight loss, I was petrified that I would gain it back.  I knew the hard work it took to lose it and I knew the nightmare that would be going back to be morbidly overweight, and it drove me to some unhealthy habits.  These may be seen in the episode College Dysfunction.  I had finally been able to kiss a guy and wear non Big & Tall clothes; moreover, I felt like everyone else when walking into any room instead of the outcast.  These simple things can’t be overestimated.

Today 28th anniversary of weight loss is rather pleasant but how somber those anniversaries used to be. Those first 10 years I celebrated May 4th in a rather solemn way.  I would be proud that I made it to another year, but I also had this sense of foreboding that it wasn’t going to last.  That God was going to take it away from me if I angered Him.  So May 4th had a “Wow, I made it another year….it probably won’t last” mentality.

I would also make a big deal about the anniversary.  For many years I called it my “Second Birthday.”  Now, I never had a cake on that day, but I knew it was sort of a Renaissance or “rebirth” in every way, shape, and form.  Had I not lost my weight, I knew that adult “Fat Albert” would have been 300-400 lbs., emotionally eating and self-loathing.  Either that, or I would have taken my own life.

During the next 20 years, I did have some substantial weight increases.  6 years into it, I gained 20-25 lbs. I was in the last year of college and I was anxious as to what to do with my life.  I was panicking.  I remember distinctly fueling this anxiety toward food.  I would go to Dunkin Donuts at 3:00am and eating a whole dozen of them.  And then driving to Jack N’ The Box to scarf down some burgers.

Eventually I decided to go to the Univ. of Alaska (I know) to get a Masters in Circumpolar Studies (I know, I know).  It was more done to escape Texas and to try to escape my past.  That summer, all alone in a foreign state, I continued my horrible eating.  Eventually as the Fall term began and I felt more comfortable, I was able to regulate my eating and workout regiment and I lost the weight.

I had another weight bump.  17 years into it (2008), my father unexpectedly died of an aneurysm.  It was the first substantial death in my life and I really didn’t know how to handle it.  I gained 30 lbs.  Eventually I lost it by regulating my eating, but in both cases I didn’t know I gained it.

In the 22nd year (2013), I had a smaller 15 lb. increase.  This coincided with the birth of my 2nd child.  At that point, I became familiar with the Paleo lifestyle, intermittent fasting, and biohacking.  With that, I lost the weight quickly and have been able to maintain a size 34 waist.  Fasting is a God send for me.  Click HERE to read how Intermittent Fasting Erased My Lifelong Easting Disorder.

That’s the funny thing.  We can be in such a level of denial about our looks.  I mentioned in the episode “Stretch Marks/Flabby Belly” I have not looked at myself naked in a mirror….ever.  Even after I became thin, I still didn’t look.  Why?  I was ashamed of my stretch marks and fat rolls that lingered, but also I didn’t want to look because I might see that I had gained weight.  Even with shaving my face, I would do it in the dark.  So you could see how it would be easy to have weight sneak up on you.

The last few years, the commemoration has been quite muted.  Perhaps as the years pass and my memory of Fat Albert somewhat erodes, so does the significance in my mind.  Not to the point where there has ever been a year that I have forgotten the day.  But now it’s more like “Here is the day.  I made it another year.  Wow, I’m proud of myself.  I can’t believe it’s been more than 25 years.”

On this 28th anniversary of weight loss, I ponder “How much longer will I be able to keep the weight off?”  Who knows.  I have been lucky that I have never had a major injury which has debilitated me.  This is important because I can’t say my diet is perfect; exercise has been an escape valve, though the workouts are not nearly as strenuous as in the past.  I could be in a car accident tomorrow and never be allowed to walk or run again.  Fueled by depression, my eating disorder could ratchet up and I could gain it fast.  Only God knows.

That being said, I’m 45-years-old and I’m MGTOW so gaining weight wouldn’t mentally affect me as much now than let’s say 20 or even 10 years ago.  Being a normal weight is important in your 20s since that is when you are coupling and mating.  Let’s be honest, being obese affects your ability to snare the best looking of the opposite sex.

I was able to attract good-looking women with which to have children.  Now, entering middle-age, it isn’t has important.  I’m old, to be honest.  Plus being MGTOW means I will no longer have long-term relationships, including marriage, so there is no external impulse to remain fit.  My enduring and internal impulse is to stay as fit as possible as I age for the sake of my own physical health and for my children.

I feel good reflecting on this 28th anniversary of weight loss.  What I have done is very impressive and I hope to motivate others to do likewise.  I am under no delusion that I will be a size 34 waist in 10 or 20 years.  I just have to do the best I can to stay fit, solely to drastically reduce my chances of getting cancer, diabetes, and cardiovascular diseases.  All the biggest killers today in the West.

#11: The Virility of Cedarwood Essential Oil