I personally I’m not a big fan of key lime pies.  Too tart for my poor palate.  Now my co-founder, Katie McCall, loves them.  I must admit they are fresh and bring an ebullient spark to your tongue, but alas it isn’t for me. (Now don’t get me started on cream pies.  Love them!).  But let’s stay focused.  If I only tried recipes on foods that I liked I likely wouldn’t have the 100 or so on this site.  I can’t discriminate, so let’s talk about the vegan paleo key lime bars.

Why do we need Vegan Paleo Key Lime Bars?  Because as with practically all recipes on Naturopathic Earth, conventional key lime pie has a lot of questionable ingredients, especially those that are made or are sold frozen at grocery stores.  Many are loaded with preservatives, like Potassium Sorbate, to stay “fresh” for months.

But let’s say you aren’t going to buy a store-bought one.  Let’s say you are going to make one from scratch.  The traditional key lime recipes use condensed milk, conventional cane sugar, and graham crust.  These ingredients right here pose some problems.

Crap in the Lime Pies

First of all, dairy comes at some risk.  We have spoken ad nauseum about the issues with conventional  milk from America.  Unless organic, these cows are shot up with antibiotics and growth hormones like rBGH/rBST.  We have several articles and Holistic Health News podcast episodes on them, such as Are Antibiotics Making Us Fat? and 5 Reasons To Avoid Conventional Dairy.  Listen to those to get more info.

Aside from the cancer-causing and obese-causing issues with the aforementioned, dairy also contains two proteins, lactose and casein.  Both are problematic.  Casein in large amounts is associated with tumor growth in rats.  Now, we aren’t rats but this is alarming.

With lactose, at least half of Americans are lactose intolerant and don’t even know it.  If you have the “brain fog,” flatulence, abdominal pain, and alike every time you eat dairy, you should try an elimination diet. Click HERE to learn more.

In general we aren’t meant to ingest a lot of dairy.  The vegans and Paleo adherents would say we would should avoid it completely. I say unless you have an outright allergy just limit your intake.  It is a difficult life to never eat ice cream, cheese, butter, milk, and alike. (Yes, I know there are dairy-free alternatives but they taste like garbage.)

The crust is made with sugar and wheat flour.  You are dealing with gluten and the accompanying gluten-sensitivity.  Let’s avoid the “leaky gut” and other issues with gluten completely by opting for a non-flour crust.  (Click HERE to read our Review on non-Wheat Flour Alternatives.)

Let’s focus on our Vegan Paleo Key Lime Bars.  First of all, as the name suggests, they don’t have dairy and we strove to use the cleanest ingredients.  To avoid gluten in the crust, we use almond and coconut flour.   To avoid the condensed milk, we use coconut oil and more eggs.

All the ingredients in this Vegan Paleo Key Lime Bars are nutrient-dense and all-natural.  For example, we opt for maple syrup (or honey if you prefer) for the sweetener in lieu of crappy cane sugar.  Both honey and maple syrup have vitamins, minerals and enzymes sorely lacking in cane sugar.

This Vegan Paleo Key Lime Bars recipe is easy-to-make, nutrient-dense, and very tarty for those who love the tart desserts. Click HERE to check out 12 Paleo-inspired desserts.

Click below to buy these ingredients on Amazon now. �- 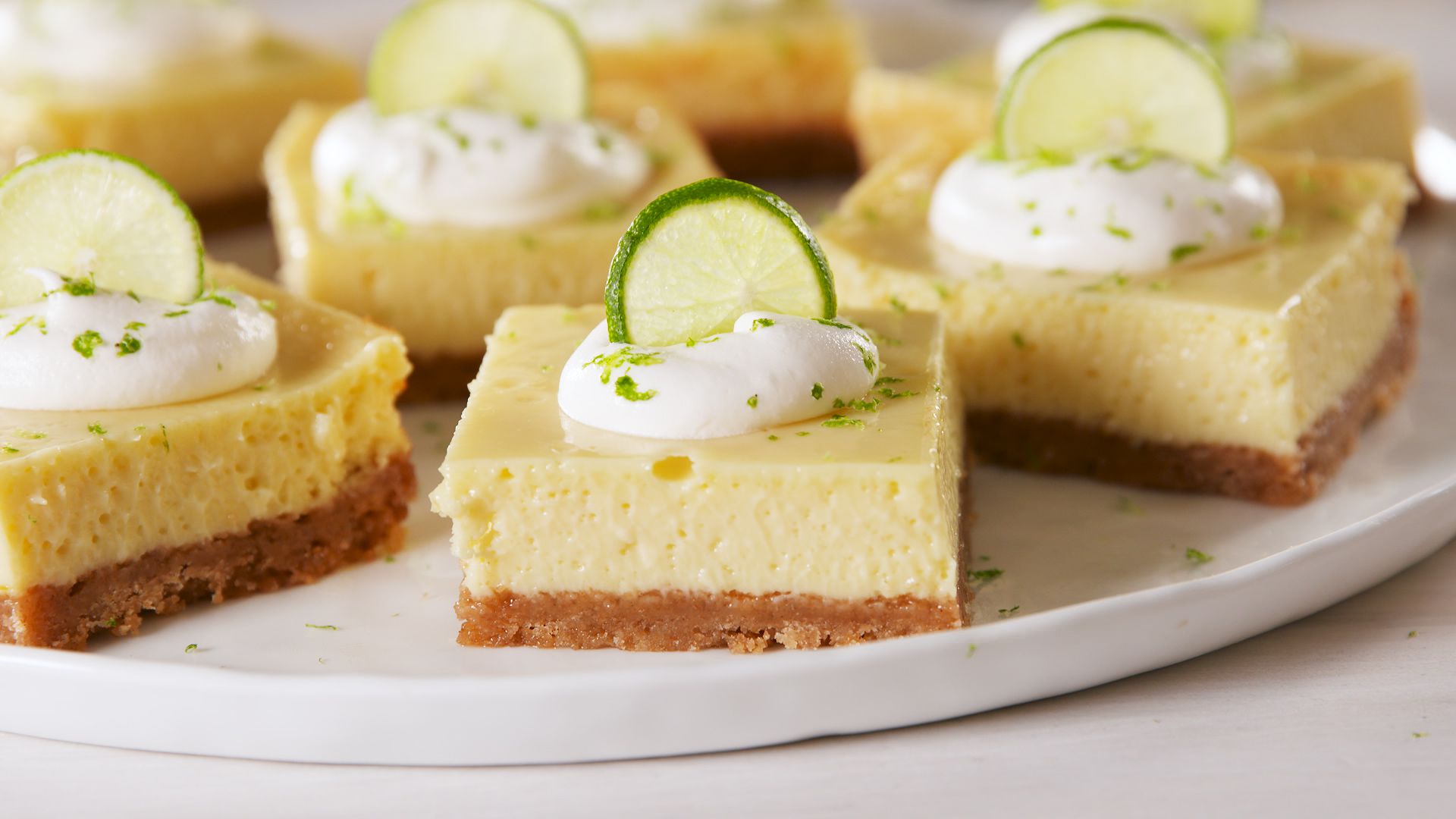 Preheat oven to 350 degrees. Grease an 8X8 pan with spray/butter/oil. Line with foil or parchment paper and grease that as well.

In a food processor blend all the crust ingredients until a dough forms.  Press dough evenly into baking pan (should be rather thin) and poke holes with fork.  Bake for 8 minutes or slightly brown.

While baking, put all the filling ingredients in a blender and blend until smooth.  Pour onto the crust once crust is done.  Return to oven and bake for about 25 minutes.  Cool to room temperature and then refrigerate for an hour.