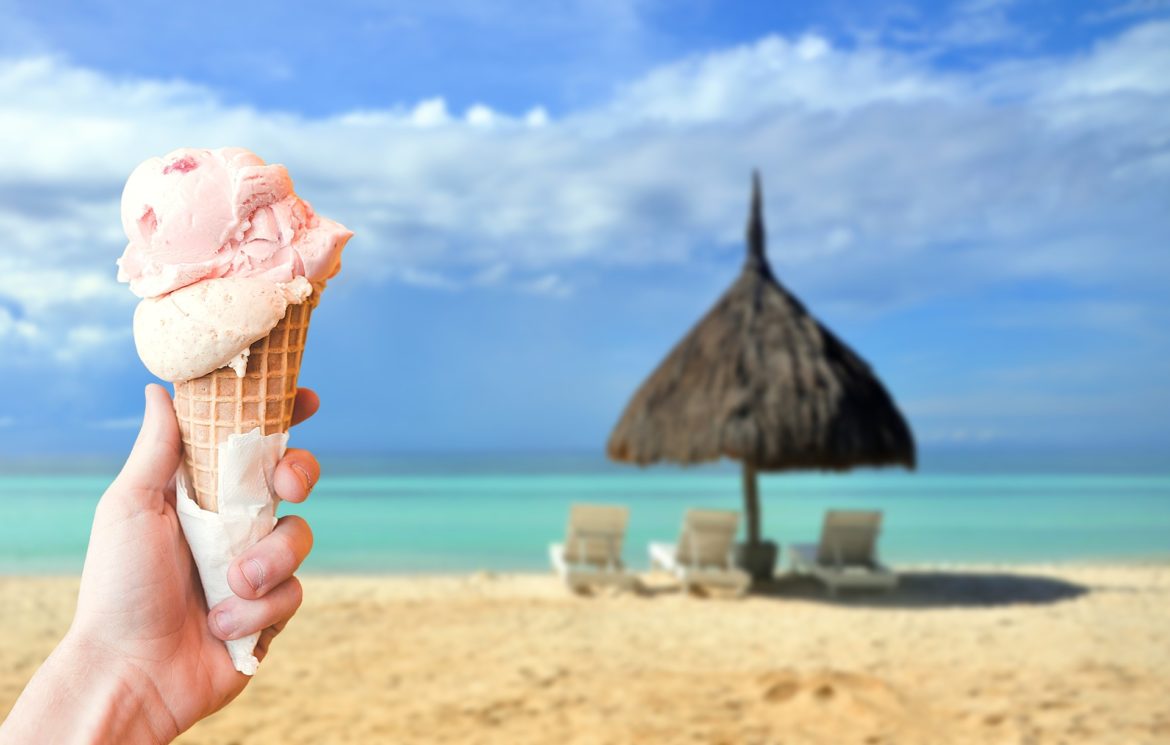 Intermittent fasting is quite the rage the last few years.  It is certainly in the zeitgeist. Many celebrities and people of industry employ it.  It is the rage in Silicon Valley, Hollywood, and New York City and is pushed on the masses between the coasts by the health industry.  It is everywhere, embraced by many who are weight-obsessed on the promises that fasting will encourage rapid weight loss.  With it so popular, I wanted to posit the question “Does Fasting Encourage Eating Disorders?”

As anyone who reads my blog and/or listens to my podcasts, I have a unique perspective vis-a-vis eating disorders.  As I have detailed in my Confession of an Obese Child series, I was an unrepentant and incorrigible binge eater since the age of 5.  I have detailed in my 30+ episode of Confessions, how my binge eating and concomitant exploding weight affected my psycho-sexual development and how those effects still linger to this day.  I did lose my weight over 25 years ago, but I continued to binge eat for decades and even have lingering vestiges of it to this day.

Eating disorders has traditionally been the reserve of young women.  But in the last 10-20 years men have entered the picture, largely in part to “Man-orexia.”  Akin to women, men are being pressured by Hollywood through the same magazines and media that pushed many women into the rabbit hole of eating disorders into body and weight obsession.  They spend several hours in the gym pursuing the ideal physique either through starting, fasting, or engaging in unhealthy eating and lifestyle habits.  Men are no longer immune to weight obsession, though statistically women are still the majority.

As a youth of the 80’s and 90’s, I wasn’t preoccupied with muscular-laden men on weight-lifting magazines.  I wasn’t Man-orexic.  I just wanted to get out of my size 56 pants and have some semblance of a normal adolescence and get to experience elemental milestones in a person’s life (e.g. falling in love, 1st kiss, feeling accepted).  As stated in College Dysfunction, even after my weight loss I didn’t have the tools to know how to have a healthy relationship with food.  I didn’t know how to eat like normal people eat.  So I continued my dysfunctional eating.

As stated in College Dysfunction, I starved myself from Monday through Friday while running 5 miles a day.  Upon weighing myself Friday evening, I would binge eat over the weekend an inordinate amount of food.  On Monday I would return to starving.  Rinse, lather, repeat for years.

Entering adulthood, my eating moderated.  I didn’t starve during the week.  I did engage in peculiar eating habits like eating a can of kidney beans daily (for the fiber) and drinking tons of water.  But I did begin to binge eat in the car.  I continued the “calorie in/calorie out” mentality of excessive intake of food followed by excessive exercise. (Much of this is detailed in Food As My Mistress.)

Fasting As A Solution?

This type of eating continued until my late 30’s.  I that point I came upon intermittent fasting.  Podcasts like Bulletproof, Primal Blueprint, and other promoted it vigorously.   Upon listening to its benefits and doing my own research (Internet browsing of course.  I wasn’t going to the archives of some dusty library), I started fasting in November of 2014.

I have mentioned in the Imprisoned Orthorexic how fasting has affected my life in both a positive and negative way the last few years.  In short, because of my somewhat neurotic, “need for structure” lifestyle it has made me change my meal interactions, not so much for breakfast but rather for dinner.  I began to feel anxious if I eat late around 9:00pm because I feel it is eating into my fasting time for the next day.  That in turns makes me begin my eating window later the next day.

Fasting has certainly given me some benefits.  Upon beginning daily fasting, I lost the stubborn 5 lbs I had been carrying for some time.  But more importantly, it increased my mental acuity and brought a sharpness to my thinking that I had been missing for years.  The main reason behind this is because our breakfasts tend to be carbohydrate-dependent.  When we eat the breakfast carbs, it spikes our sugar and insulin levels which lead to fat storage of any excess carbs plus the inevitable crash that will occur a few hours after eating.

Read my blog on how fasting eased my eating disorder.

When skipping breakfast, you continue the nice biohacked high that began when you wake up and continues throughout the morning.  I have always been a morning person.  I have most energy in the morning…in fact I jump out of bed.  I have never needed coffee, much less tea, to get me through the day.  By not eating breakfast, I felt like Bradley Cooper in the movie Limitless.  I have a certain enhanced cognition that I don’t have any other part of the day.  Even today three years later.  For this reason sometimes I don’t even want to eat in the afternoon because I would lose that acumen.

Fasting As A Symptom Of An Eating Disorder

Here is the issue with fasting, especially if you come from a history of eating disorders.   Fasting is a perfect hybrid for those suffering from anorexia nervosa and bulimia nervosa.  Why?  Look at the schedule of fasting.  You are “starving” yourself for the better part of a day.  It is then followed by a relatively small 8 hour eating window in which you are expected to ingest your 2,000 to 2, 600 calories.  To ingest the recommended amount you must make a concerted effort to intake more than just the normal amount of calories you would take in from a regular lunch and dinner.  You need to fit in another meal’s worth of calories in that window.    This in itself may lead to a binge-esque frenzy.

I should add that fasting is not a diet per se.  You can eat whatever you like during your eating window.  Fasting is a lifestyle.  Fasting is a biohack that optimizes your health.  People who use it is a diet are misunderstanding its purpose.  That being said you can certainly lose weight when fasting.  Or you can gain weight as well if you are binging on 6,000 calories in your window.

See fasting from a person with a disordered view of eating.  They get to refrain from food most of the day. And then they get to gorge on as much food as possible in the name of health.  I know from my personal experience I am much more prone to overindulge in lunch when breaking my fast not out of hunger per se (since I never have hunger pangs), but because I inherently feel that I SHOULD.  Some people believe they have makeup work they need to do to catch up.  That mindset sets them up to overindulge.

Incidentally, exercise is no different. Studies show that we tend to overeat after a workout, not because our body is craving more calories since we expended so much on our workout.  But rather because MENTALLY we think that we have earned the license to overindulge since we worked out.  The mindset is “Well, I worked out, so I have more room to overeat and/or eat junk food so let’s eat two hamburger meals instead of one.  I just worked it off.”  So many times, in the long-run it is more harmful to work out, at least in the perspective of weight loss and maintenance not so much for cardiovascular health.  (Click HERE to read the actual Time Magazine article.)

Does Fasting Encourage Eating Disorders?  I think it certainly can if you are predisposed to it.  If you are weight-obsessed and/or if you are desiring to lose weight then fasting may be a slippery slope.  Many people reach their weight loss goal, but continue to want to lose weight because of thought process “Well, the lower my weight is, the farther I will be from gaining weight and becoming fat again.”  This is the classic thinking of anorexics as they starve themselves.

Many people who have struggled with eating issues their whole life flee to fasting like a beacon in a foggy night.  They are tired of yo-yo dieting and binging.  They find a sanctuary in fasting.  The system is rigid in that you can’t eat in the morning.  So in his/her mind they rationalize that starving is good for them.  Followed by the erroneous belief that binging is good for him/her as well.  It is indeed a slippery slope.

My overall takeaway is that fasting is a tool that may be used to optimize your health.  Not just for weight loss, but for decreased aging, increased energy and acumen and more.  If you come from a history of eating disorders, just be careful that you don’t use it as a tool to lose weight when you don’t need to lose any.

And also be careful not to fall into the cycle of binge eating during your first meal of the day.  If you notice you are scarfing down the food in a fast amount of time, especially secretively, then that could be a red flag.  That being said, narrowing your eating window may help people who graze it all day and night.  It might provide you structure throughout the day.  Play it by ear and consult either a mental health professional or nutritionist if you notice negative tendencies.

Read our articles on fasting benefits and fasting schedules!

Listen to Confessions of an Obese Child or NPE Radio for more great info!

Election Day: Why Stress Over Something You...

What To Drink When Fasting

The Beauty of Wellness Coaching

#165: How To Biohack Your Christmas Holidays...

5 Reasons We Get Sick In Wintertime

I have to thank you for the efforts you have put in penning this website.
I’m hoping to view the same high-grade content by you in the future
as well. In truth, your creative writing
abilities has motivated me to get my own website now 😉

There is certainly a great deal to know about this subject.
I really like all of the points you have made.