In the advent of lactose issues and general overall desire to eat cleaner ingredients and avoid toxins, non-dairy “milks” have skyrocketed in popularity. The one that is highest in sales is almond milk. In our classic Review of Non-Dairy “Milk” Alternatives, we grade coconut, almond, soy, hemp and other conventional store-bought milks. (Click HERE to see which we believe is the best. Or Listen to the Holistic Health News episode below.) Let’s talk about our homemade vanilla cinnamon almond milk recipe.

Let’s do a quick review of the issues with milk. Milk contains an enzyme called lactose. As we age we produce less of an enzyme named lactase which helps break down dairy products. We become lactose intolerant. While some are born this way most people develop this as they age to the point where digesting dairy leads to some nasty symptoms.

Speaking of symptoms, lactose intolerance can be smelly and troublesome. The classic symptoms are bloating, smelly flatulence, abdominal pain, loose stool, rash, and joint pain. Who needs that?

Also dairy has a protein called casein. Animals studies have shown that casein might be a tumor-grower. Does that translate to an increase chance in cancer in humans? It is uncertain.

From a Paleo point of view, we should avoid dairy. Why? Because for most of human existence, we didn’t ingest it. We have been around millions of years; the domestication of the cow and goat only occurred a few thousand years ago. Though that seems a long time back, it is a drop in the bucket of human evolution. So avoiding high-lactose and high-casein dairy might be the best for us.

Now there are some dairy choices that are low in the aforementioned. For example, sour cream, Greek yogurt, ghee (clarified butter) are but a few. Opt for these if you want to continue ingesting dairy, but in general see if you have these symptoms. If you do, you might want to eliminate dairy from your diet. Plus the fact that cows are shot up with antibiotics and growth hormones, both of which are not ideal for our health.

Okay now that we got the reasons out why you might want to choose a non-dairy milk alternative, let’s focus on the beauty of this particular homemade vanilla cinnamon almond milk recipe. It’s biggest selling point is that it is cheap, easy, and fast to make.

Almonds, of course, are a superfood chockful of healthy fits, fiber, vitamins & minerals. They are a keto aficionado’s dream so this homemade vanilla cinnamon almond milk recipe would also be a keto fan’s dream.

Also soaking your nuts is crucial. Not only to eliminate the phytic acid antinutrient that can wreak havoc on your gut health, but also to make the almonds softer to blend. Learn more about soaking nuts HERE.

Speaking of the sweetness of this all-natural drink it is up to you. I include cinnamon in the recipe since cinnamon is one of the most pivotal spices in the world and should be incorporated into anything you. For those of you who are diabetic and/or keto-obsessed, rest assure cinnamon does not spike your blood sugar. So pour in a lot.

So what do you sweeten your almond milk? I sweetened it with a smidge of vanilla extra and manuka honey. If you are worried about extra sugar and calories then you can opt for stevia. (Read our Review on non-Sugar Sweeteners to find out why I’m not big on stevia.) 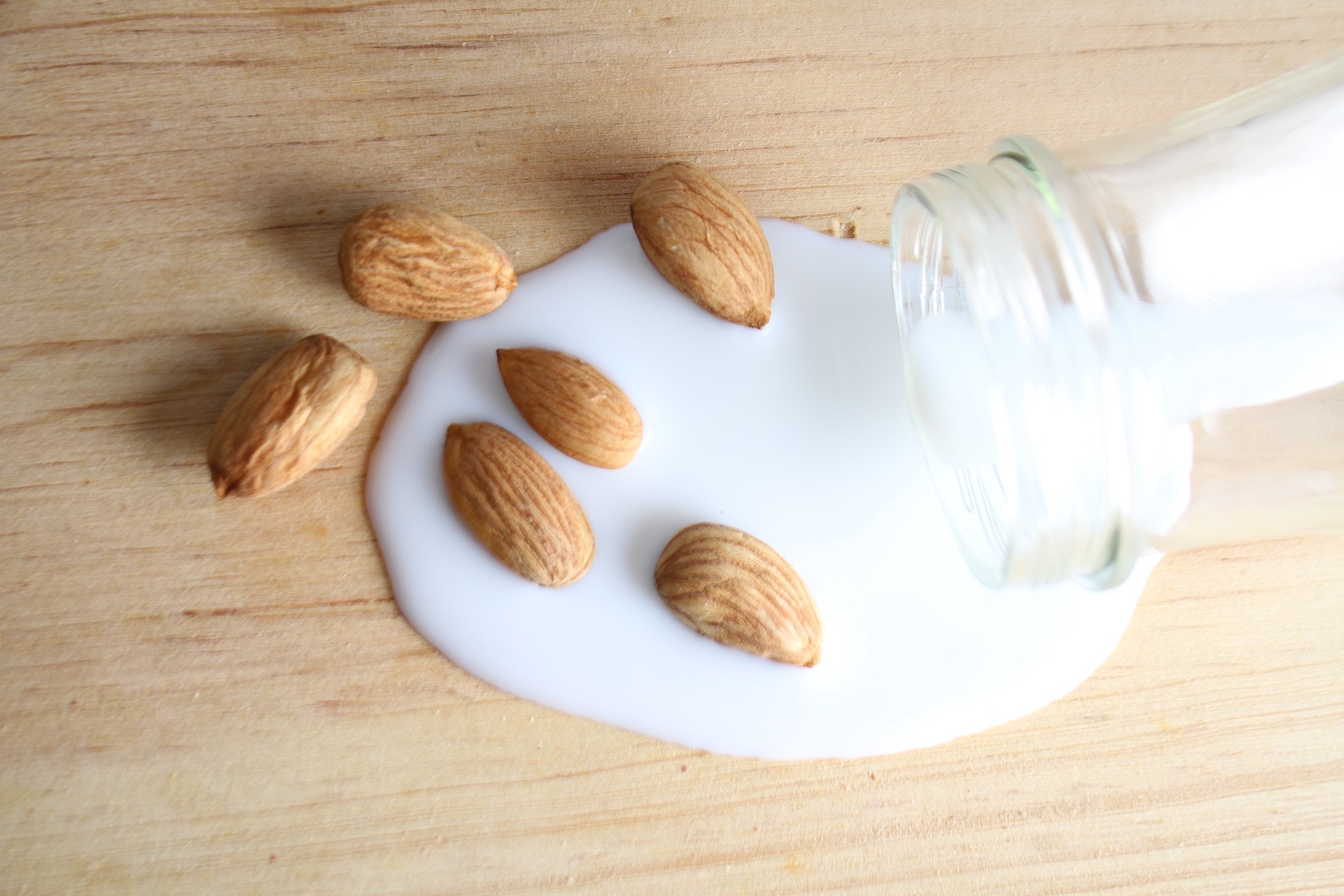 After almonds have been soaked for 24 hours, place all ingredients in a blender.

Blend for 2 minutes.  Use a colander or strainer or cheese bag to sift out the almond meal/chunks from the milk.

Pour milk into glass container with lid.  Refrigerate for an hour before serving.  Will stay fresh for 5 days.