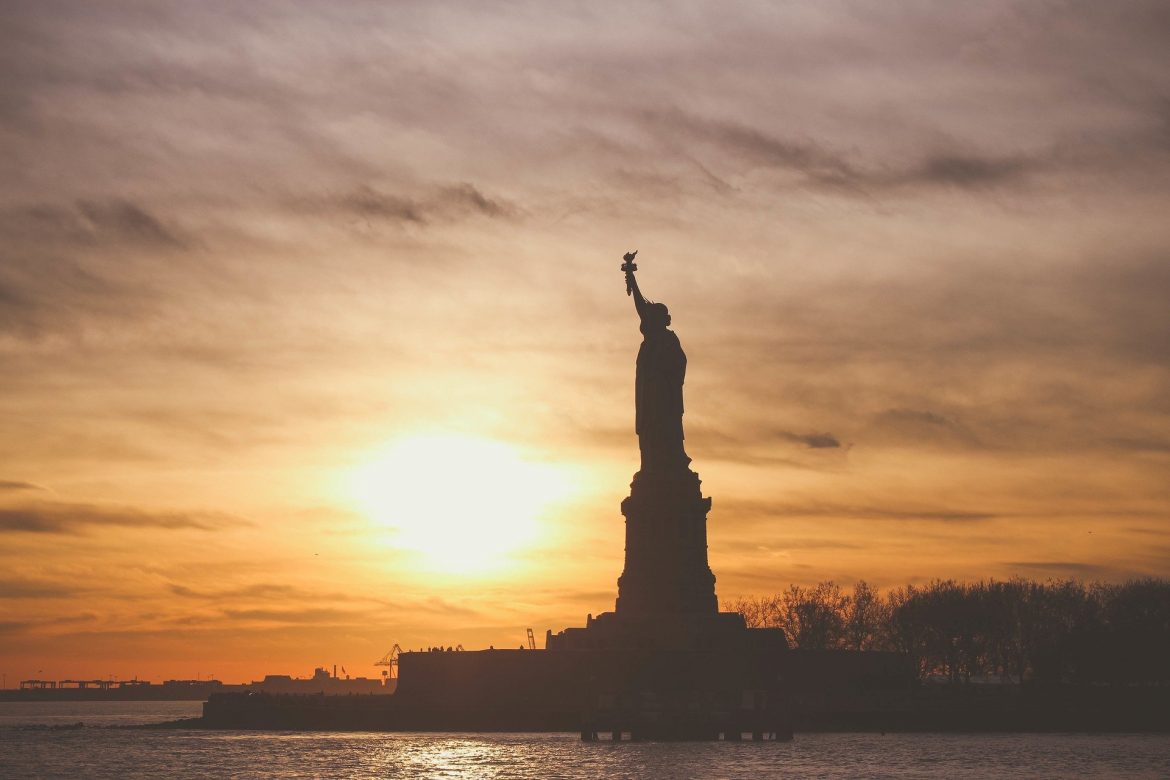 Let’s just slice up the country. Like two children fighting over an cake, let’s just give each group of partisans what they want: their own nation imbued with the ideology they want.  Let’s be real, it would defuse a contentious milieu that won’t be ameliorated anytime soon.

The U.S. Constitution does not explicitly state anywhere that states do not have the prerogative to leave the Union.  States had to apply for admission and entered with full volition and consent to join.  So they joined freely.  Since it was a voluntary admission does it not make sense that a state has the right to leave when it wants?  How that is determined may differ, perhaps a general plebiscite or a state congressional act but they can be sifted out later.

Let’s go back to the Civil War.  Remind me why the southern states could not leave the Union.  If joining the U.S. is a voluntary choice, any state therefore has the right to leave.  And that is precisely what the Confederates did.  So why didn’t Lincoln allow them to leave?

We have this nostalgic halcyon view of Lincoln as the preserver of the Union.  In fact, he suspended habeas corpus, initiated an unlawful draft (mostly conscripted of recently-arrived Italian and Irish immigrants), and impelled the nation into a war that killed hundreds of thousands of Americans.

This is a common view in the South.  Indeed, many southerners don’t call the Civil War, the Civil War, but rather the “War of Northern Aggression.” They chose to leave and the tyrannical government out of D.C. thwarted it.  No doubt, Lincoln could say that the war was justified in that he was endeavoring to preserve the Union, but by what mechanism?  A mechanism of force.  The South should have left, for they were demonstrating one of the greatest American beliefs, determinism, sovereignty, and freedom.  Regardless of your stance on slavery, they should have been allowed to leave and their own merits would have determined if the Confederate States of America were successful.

How Would This Work?

Going back to today.  If you look at a map of the U.S. post the presidential (or congressional elections), you will notice a see of red in the middle where the South, Midwest, Great Plains, and Inter-Mountain West reside.  On either side slivers of blue on the Pacific and New England coast.   Mixed in the coast of red are dots of blue, where the hip, urbane, progressive cities arrogantly spout their leftist ideology, the same ideology which has destroyed the large majority of these cities (e.g. Baltimore, Detroit, Chicago, et al.)

So let’s divide the country.  Demarcate a new boundary which runs through Southern California, along the Coastal Range of California to Silicon and Napa Valley (but not The Central Valley) and up through the Willamette River Valley of Oregon and the coastal regions of Washington state.  This region is fiercely progressive.  We could call this collective area Cascadia.

On the other side of the nation, delineate a line starting in northern Virginia and work your way up the I-95 corridor through the megapolis of Baltimore, Philly, NYC, Boston, and beyond to coastal Maine (which historically and still today is really an extension of Boston).  We could call this collective area Eastern America.

Though separated by a wide swatch of land, these two regions could become a new country.  Akin to what present-day named Bangladesh and Pakistan did at the end of British India following WWII, Cascadia and Eastern America could create a unified country separated by an “Hindu India” middle segment.

What about conservatives who live in this new nation or liberals who live in the carved-out U.S.?  They could stay where they are at clearly (no forced relocations) or they could move to the region which best embraces the ideology to which they espouse.  As an incentive, the recipient nation could pay for the relocation to give a incentive to these people to relocate to a place they would be more happy.

The two nations could continue to have open borders with each other similar to EU nations in Europe. Goods, people, and alike could move freely.

The beauty of this secessionist act is that people could live where their ideology would feel its most comfortable.  Why dream of what a conservative America could be without the machinations of the foreign ideology that is socialism when you could enact your socialist experiment in the new U.S.A.  More importantly, the socialists from all over the middle swath could flock to Cascadia or Eastern America to implement their dreams of universal single payer healthcare, open borders, super taxation on the rich, unfettered abortions, $20 minimum wage, et al.

Now will this ever happen?  Not by choice, perhaps by a new internecine Civil War, a war that would be costly on every level.  This country could theoretically have two president soon, one officially declared and one obstinately staying on board.  But perhaps this plan of voluntary secession would be good for all Americans.  What do you think?

Why Don’t Men Look Up Divorce Stats Prior To Marriage?

Blaming Others Is For Pussies

Ruminations on the Imminent Legalization of Marijuana

The Suicide Epidemic of Divorced Men

Are Men Falling Behind?