The Dirty Dozen: 12 Fruits & Vegetables You Must Buy Organic Now The Whole Planet was Organic!

Our ancestors had it great.   Even Adam and Eve in the garden of Eden (sans the snake of course).  No toxic pesticides or fertilizers existed for time immemorial until the Industrial Age.  The fecund earth nurtured the crops and our ancestors naturally fertilized and harvested it.

One of the causalities of the modern production of food is the extensive use of pesticides, fertilizers, and growth factors.  Produce manufactures cover their crops with these poisons as much as I used to cover my fries with ketchup. Ostensibly, pesticides are used to combat pestilence, a scourge on any produce-grower, for it can calamitously wipe out their crop.  (Think of the plagues of the Book of Exodus.) And they utilize fertilizers to rapidly increase the yield of their crops.

The industrial-level pesticides are know to be deleterious to your health.  They are proven endocrine (hormone) disruptors, and have been linked to developmental disorders, asthma, GI ailments, infertility, and even cancer. Roundup (glyphosate) 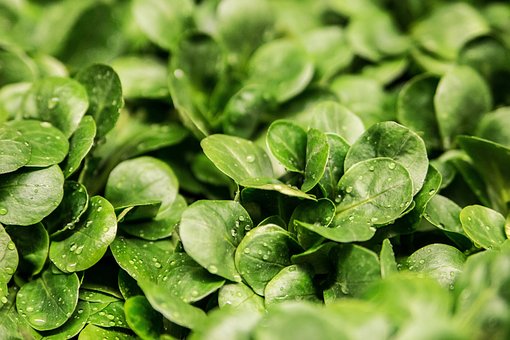 is perhaps the most well-known and used pesticide/weedkiller.

Genetically-modified-organisms (GMO) crops exacerbate the matter.  Monsanto and the other Big Food companies have made crops that are more resistant to drought, temperature fluctuations, and pestilence.  As such they are able to douse their crops with even more pesticides since the crops can resist them.  Almost all of our corn, soybean, and beans are GMO in America.

The Environmental Working Group (EWG), an esteemed consumer rights organizations, releases their annual list of most pesticide-laden fruits and vegetables.  They are called the Dirty Dozen.  This list fluctuates a bit year-to-year but you will see the same culprits most years.  (Some produce absorbs more pesticides than others.  The difference in absorption rates may be determined by thickness of the skin/rind or other factors.) The produce on this list should be purchased organic or locally. (Local farmers, who sell their crops through Farmer’s Markets or Co-ops, tend to be more conscious of the use of toxic pesticides.)

Conversely, the EWG releases the Clean Fifteen, the produce which absorb very little pesticides and thus may be purchased in their conventional manner.  Like the Dirty Dozen, these pristine ones don’t tend to stray much.

All produce not mentioned in either the Dirty Dozen or Clean Fifteen fall in the middle of the spectrum.  It is up to your discretion whether to be them organic or not.

As stated, don’t shy away from produce because of the pesticide worry.  Use the EWG information to make wise and sensible choices, based on which produce is the most nutrient-dense and which is lightest on the wallet.  Berries and cruciferous vegetables (spinach, broccoli, kale) satisfy this criteria the best.

Please read my weight loss backstory here.  I would greatly appreciate it if you would check out my podcast.

(I would appreciate your comments below.) The Terrifying Three Toxins You Must Eliminate From Your Diet Now

#384: My Observations From Traveling to Europe (What...

Hello this is kind of of off topic but I was wondering if blogs use WYSIWYG editors or if you have to
manually code with HTML. I’m starting a blog soon but have no coding know-how so I wanted to
get guidance from someone with experience. Any help would be greatly
appreciated!

At this moment I am going to do my breakfast, once having my breakfast
coming again to read more news.

Woah! I’m really digging the template/theme of this site.
It’s simple, yet effective. A lot of times it’s very hard
to get that “perfect balance” between superb usability and appearance.
I must say that you’ve done a fantastic job with this.
Also, the blog loads extremely fast for me on Firefox.
Exceptional Blog!