Food Dyes:The Reasons You Must Remove Them And What Foods Have Them: Items You Must Purge From Your House Now #3: An old adage exists that the best place to hide things is in plain sight.  People mindlessly walk by them every day and never notice them.  The same may be applied for food dyes.  If all food products with food dyes had a flashing neon signs stating “Buy 1 Get 1 Free: Get cancer and behavioral abnormalities today!” that would likely stop people in their tracks.  Alas, these signs don’t exist.

The onus falls on consumers to exercise discernment and vigilance as to what they bring into their household.  Big Food is to eager to go as cheap and easily mass-produced as possible and mid-level employees at our quasi-protective agencies, the FDA and USDA, are too underfunded or preoccupied to chase down every new chemical and additive the former push to add to our ingredients lists.  Also, the “revolving door” between the high-level associates of Big Food and the agencies many times undermine the whistleblowers who work hard to expose the harmful additives.

{Read Items You Must Purge From Your House Now #1: Beverages}

Before we delve into food dyes per se let’s cover why Big Food uses them in the first place.  In short, without them our food looks like crap!   In the process of turning tomatoes into ketchup, potatoes into frozen French fries (or whatever other natural food to a processed item), valuable nutrients (e.g. like bran or the grain part of wheat) are stripped.  Or in the case of sodas which are just carbonated water, addled with sugar, and other additives they would look listless.  These “pseudo-Frankenfoods,” if not enhanced by food dyes would look unappealing and unpalatable, especially to children.  Extracted originally from coal tar and now petroleum, dyes accomplish other roles as well like:

Today’s installment on Items You Must Purge From Your House Now features food dyes.  Prior to the mass production of our processed foods we used natural products to alter the color of our tasty dishes (e.g. turmeric and 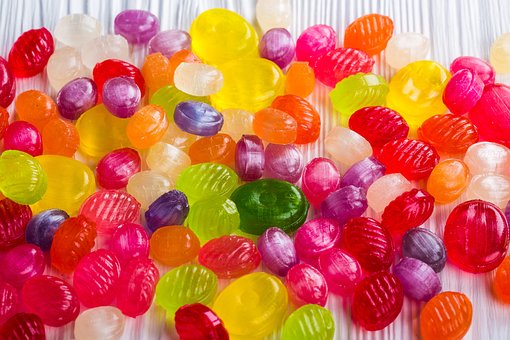 paprika).  But it was cutting into the bottom-line of Big Food companies to do that so they concocted additives that mimicked these colors.

As with so many of these additives laced into our foods (High Fructose Corn Syrup, artificial sweeteners, soy lecithin, “natural flowers,” MSGs, Sodium Benzoate et al), food dyes pose a significant health risk to those who consume them.  You are likely familiar with the names of these dyes since they are simplistically named: a color and a number.  Here’s a few: Red #40, Blue #1, Citrus #2 Yellow #5 Orange #6. Caramel Color, found in all sodas and most processed snacks, is a cleverly named food dye evoking the nostalgic kid favorite from the 1960’s and not the chemical it is.

Naturopathic Earth we strive to bring awareness to additives in our food supply that might pose health risks.  Here are some potential dangers with food dyes:

The European Union in 2010 added a warning on all food dye foods stating the food “may have an adverse effect on activity and attention in children.” (As with so many additives Europe is way ahead of America in warnings.  Perhaps the Big Food lobby is much stronger here.)  Perhaps the most famous of food dyes (Red #40) has been linked to hyperactivity in children. As well as Blue #2

The Center for Science in the Public Interest expose (Cspinet.org) “Food Dyes: A Rainbow of Risks” states unequivocally “The three most widely used dyes, Red 40, Yellow 5, and Yellow 6 are contaminated with known carcinogens.  Another dye, Red 3, has been acknowledged by the FDA to be a

carcinogen, yet is still in the food supply.”

Yellow #6 and Red #40 have been linked to both increases in respiratory allergies, food sensitivities, hives (uticaria) and migraines.

The list is utterly exhausting and by no means complete:

In essence if it is in a box expect it to boast food dyes.   We here at Naturopathic Earth have a saying “If God didn’t make it; don’t eat it!”  If you use that motto when purchasing your food, it will largely keep you away from these injurious
foods.

Parental backlash and greater consumer awareness has been effective.  There was such a parent backlash on food
dyes in Kraft’s Macaroni & Cheese that the company removed the food dyes in it and r 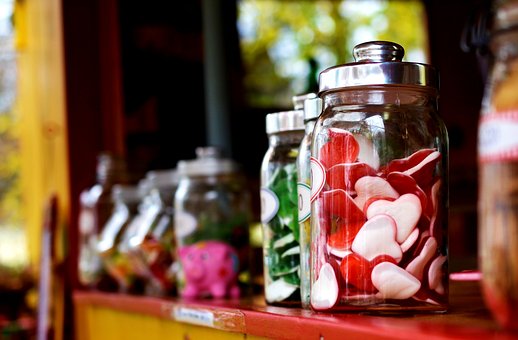 eplaced it with natural ones.  (Too bad they didn’t remove the MSGs in them as well.)  Food companies, such as Nestle, General Mills, and Kellogg’s, announced they would phase them out of their products in a few years.

Though a victory it raises a larger question.  Big Food has known for decades that food dyes are toxic yet they continue to add them to our foods.  It evinces their duplicitous behavior that only when pressured by consumer rights groups do they bow.

{Read Items You Must Purge From Your House Now #2: Cooking Oils.}

As always read the labels.  Opt for companies that use natural food dyes. The burden falls on you. If you have a child with ADD or ADHD symptoms first try to remove all food dyes from their diets before placing them on psychotropic medications.  A simple move like that might make all the difference in their future.

{Read our article on natural remedies for your depression. } The 25 Healthiest Super Fruits You Should Be Eating Right Now

The 9 Best Natural Remedies for UTIs You Should Try Now

#384: My Observations From Traveling to Europe (What...

Very nice post. I just stumbled upon your blog and wished to mention that I’ve really loved browsing your weblog posts.
In any case I will be subscribing for your feed and I’m hoping you write once more soon!