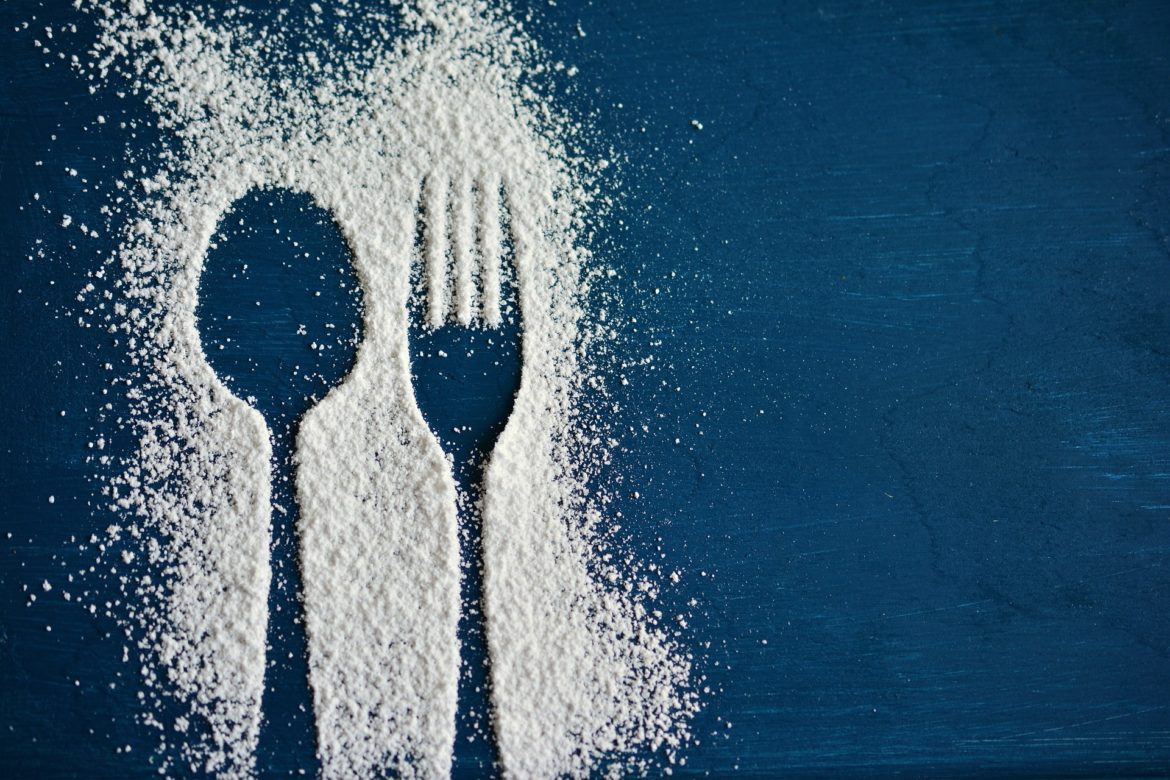 As a child, I drank gallons of diet sodas.  But this wasn’t anything special.  Everyone in the 1980’s drank it by the trough.  Why?  Even then we knew that sodas were bad for your health.  They rot the teeth…they make you fat…they make you hyper.  No one wanted to give up their sodas so an alternative had to rise from the chemical manufacturers to wean us off the sugary drink.  Introducing: aspartame!

Aspartame was invented by Searle, a pharmaceutical company.  It is commonly sold as Nutrasweet and is still seen in low-calorie powdered drinks, yogurts, jellos, puddings, and dozens of other foods you wouldn’t expect.  This particular blog in not about the history of aspartame, but I will say that for decades Searle knew that aspartame was deleterious to human health.  At least in rats, it increased the incidence of brain tumors, seizures, auto-immune disorders, migraines, and infertility.  The FDA kept it off the market for years, but it was eventually permitted in certain foods and drinks, in particular sodas.

Why did this happen?  The head of the FDA who was against aspartame was summarily fired when President Reagan came into office in 1981.  Reagan immediately appointed a new chief who was a proponent of putting aspartame in our food supply.  The CEO of Searle, by the way, was none other than Donald Rumsfeld, who later became Secretary of Defense under George W. Bush, and the de-facto leader of the free world.  Rumsfeld was part of Reagan’s transition committee and handpicked a man he knew would approve aspartame for use in sodas.   Later Rumsfeld sold Searle to the most evil corporation in the world, Monsanto, and made millions off of it.  The “revolving door” between government, Big Business, and the protection agencies like the FDA is small, but I didn’t think it was that small!

My Childhood Relationship with Artificial Sweeteners

Tab was the first drink I remember that was offered as a 0 calories diet soda.  I was only 5-6 years old at the time, but I distinctly remember its pink cans.  After the approval, all the major cola makers went all out on their diet sodas.  Coke, Pepsi, Fanta, Sprite, and alike.  (They introduced diet sodas in the 1960’s laced with saccharin, but aspartame was several times sweeter.  They knew they could make millions off of a better tasting, sweeter, diet soda.)

My parents, like all parents at the time, thought that diet sodas would be good for us.  And why wouldn’t they?  The media told them there was nothing wrong with artificial sweeteners…their doctors parroted the same thing.  Nobody questioned it.  Obesity and diabetes was already becoming a problem in America in the 1980’s and many public policy people thought that consumption of diet sodas would help curb them.  Endocrinologists recommended it for diabetics.

Throughout my childhood, my parents had bottles and cans of diet sodas.  Regular sodas were gone.  Unlike the junk food (which was locked in a cabinet due to my incessant secretive binge eating), the diet sodas were always available. And I made good use of them, drinking 5-6 a day.  Despite the fact that it had 0 calories and no sugar, it didn’t curb my weight gain.  In fact, my weight increased exponentially.  (More on this later…)

Eventually I did lose over 100 lbs. prior to college.  When I moved out of Houston to go to college, my consumption of diet sodas and all things aspartame increased.  I honestly believed that sugar-free “anything” was better than sugar-laden ones. Sugar-free Jello I consumed daily, same for sugar-free Koolaid, puddings, and ice cream.  During the 1990’s even Dairy Queen created an aspartame sugar-free Blizzard equivalent called a Breeze.  I would regularly consume 4-5 Breezes.  Though nominally less in calories and sugar compared to the ice cream used in Blizzards, I was still taking in all the Butterfingers, Oreos, and other chocolate candies used in the Breezes.  My high intake of aspartame continued through my 20’s.

Did I think that aspartame foods tasted better than sugar ones?  Absolutely not!  Diet sodas have a very unique taste…a taste of which is pretty awful in my opinion.  The same may be said for the sugar-free puddings, jellos, and alike.  The Dairy Queen Breezes were disgusting and though I continued to eat them for years I craved the regular ones.

Later in my life I stumbled upon conspiracy theory radio.  Even though most of these short-wave radio shows dealt with political conspiracies some of them spoke on medicals ones.  There I learned about the sordid history of aspartame and its numerous adverse health effects.  I wholeheartedly believed these people and didn’t question their scientific studies at the time.  Upon research, I learned that everything they stated was true.

Aspartame, Splenda, Saccharin, and other artificial sweeteners are toxic.  Aside from the aforementioned effects on the body, they throw off the body’s natural feedback on sweetness satiety.  When you eat a lot of sweets the body will send cues to stop you from eating too much.  When you eat/drink things with artificial sweeteners the body’s feedback loop doesn’t kick into gear.  Why?  Because since these fake sweeteners don’t have sugar the body doesn’t need to turn it on.  Therefore, the ultra-sweetness of these sweeteners doesn’t satisfy you sweet tooth so you will likely eat more sweet food.

Also, several studies exists showing that people who ingest the most artificial sweeteners tend to have a higher incidence of obesity.  Which on one level doesn’t make sense since they are theoretically eating less sugar.  But as demonstrated they tend to eat more since the sweet tooth feedback loop isn’t initiated. It also exacerbates diabetes.  Sadly, many diabetics will swear that diet sodas is helping their diabetes.  Please, if any of you, diabetics, don’t believe me look it up.

Nowadays, I do not knowingly ingest aspartame, sucralose, acesulfame potassium, and other artificial sweeteners.  I don’t drink sodas often, but when I do they are never diet.  I say “knowingly” because hundreds of processed foods are laced with artificial sweeteners.  Many times they are not labeled as such in the ingredient lists or obscured by code words. {Read our article on 53 code words for MSGs, sugar, and trans fats.}  It is virtually impossible to avoid them unless you are a Paleo or raw vegan eater.  That being said, do your best to eschew this toxin.  Do your research on them, and please spread the word about their toxicity.

Learn more about food toxins by subscribing to NPE Radio!

What has been your lifelong relationship with artificial sweeteners?  Let us know below.

#53: 11 Ways To Naturally Strengthen Your Immune System Without The Flu Shot

Pretty nice post. I just stumbled upon your blog and
wished to say that I’ve really enjoyed browsing your blog posts.
After all I’ll be subscribing to your rss feed and I
hope you write again very soon!

I’ve been browsing on-line more than three hours nowadays, yet I never discovered any fascinating article like yours.

It is beautiful value sufficient for me. Personally, if all webmasters and bloggers made good content material as
you probably did, the internet will likely be much more helpful than ever before.

Hi there, everything is going fine here and ofcourse
every one is sharing information, that’s in fact fine, keep up writing.