The Raspberry Banana Smoothie To Put In Your Will

Smoothies are one of God’s best creations.  Simply put…they taste phenomenal, they are versatile, colorful, and most importantly nutrient-dense.  Well, at least they CAN be nutrient-dense when made correctly.  Speaking of correctly let’s talk about our raspberry banana smoothie.

Here, at Naturopathic Earth, we are huge fans of smoothies.  In the great debate of smoothies vs. homemade juices, 70% of the time we recommend you opt for the former.  (We thought this topic was so important and commonly asked on social media that we devoted an entire Holistic Health News (HHN) episode to it.  Click HERE to listen to it.)

The thing about smoothies is the approach.  You can certainly go to Jamba Juice or another mass commercialized smoothie place and blow $6 on a sugar-laden, crap smoothie.  Or better yet, go to posh Whole Foods Market and blow $9. (At least there you know they will use better ingredients.) But don’t be lazy, for it takes literally 2 minutes to make a fresh smoothie at home, and at a quarter of the price.

Why a Raspberry Banana Smoothie?  Honestly, we already boast a Blueberry, Cherry, Tropical Turmeric, and Chocolate Almond Butter ones so why not concoct one using one of the world’s most nutrient-dense fruits.  Click on the pics below to check out our other recipes.

What’s so great about raspberries that they deserve to be the groundwork for a stand-alone smoothie recipe?  You don’t see apricots or plums getting this kind of red carpet treatment.  Raspberries are one of the most nutrient-dense, antioxidant fruits God ever created.  Even more crucial they are low in sugar (and on the ORAC scale) yet very high in fiber which is crucial for digestive health and weight maintenance.  In fact a cup of raspberries can have up to 10 grams of fiber, close to a third of the recommended amount.

Raspberries are the bomb.  Plus they look great, exude a great color and taste amazing.  Incidentally, purchase organic ones if you can afford it.  Raspberries commonly rank on the EWG’s Dirty Dozen most-pesticide laden produce along side their “berry brethren.” Check out our Raspberries with Homemade Whipped Cream recipe.

What else goes in our Raspberry Banana Smoothie recipe?  In all candor the same ingredients that go in a large majority of our smoothie recipes. First we start out with an unripened banana.  Why unripened?  Because they are a great and inexpensive source of prebiotics.  What are prebiotics?  Click HERE to find out. Plus an unripened banana has a quarter of the sugar of a ripened one.

What else is in this Raspberry Banana Smoothie?  We throw in unflavored, full-fat Greek yogurt.  Why?  We throw in the unflavored and full-fat aspects of Greek yogurt to lower the sugar and increase the “healthy fats” and satiety respectively.  Why else?  Greek yogurt makes your smoothie frothier, and honestly, taste better.  But the main reason is that it is an inexpensive source of probiotics.  What are probiotics?  Click HERE to find out.

Let’s move on.  Who else is lurking in this Raspberry Banana Smoothie?  The classic, vertiable chia seeds.  Why?  No taste, loads of fiber, it’s low-carb, “healthy fats” and brings a nice visual appeal to it.

We must throw in a handful of cruciferous vegetables.  Your choice which it is: kale or spinach.  They both bring in the same taste to the recipe…which is no taste.  But they bring in loads of phytonutrients so much so that the cruciferous are arguably the world’s most nutrient-dense veggie.  Why wouldn’t you want to have that in any smoothie.

Who are the extra “throw-ins” if you have them?  Half an avocado would be phenomenal.  It will bring more satiety and healthy fats.  A dash of cinnamon for sweetness.  Click HERE to learn that cinnamon is perhaps the world’s most-important spice.

What about the milk? Whole-fat is the key. We have spoken quite a bit with the issues with the proteins, lactose and casein, found in cow’s milk. It would be wise to limit or eradicate milk from your diet. If so, throw in a full-fat milk alternative. Click HERE to see our Review of non-Dairy Milk alternatives.

Once you make this Raspberry Banana Smoothie you will literally never be tempted to go to Jamba Juice or Smoothie King, where most of their smoothies are made with orange juice and don’t include most of the highly nutrient-dense ingredients in this recipe. 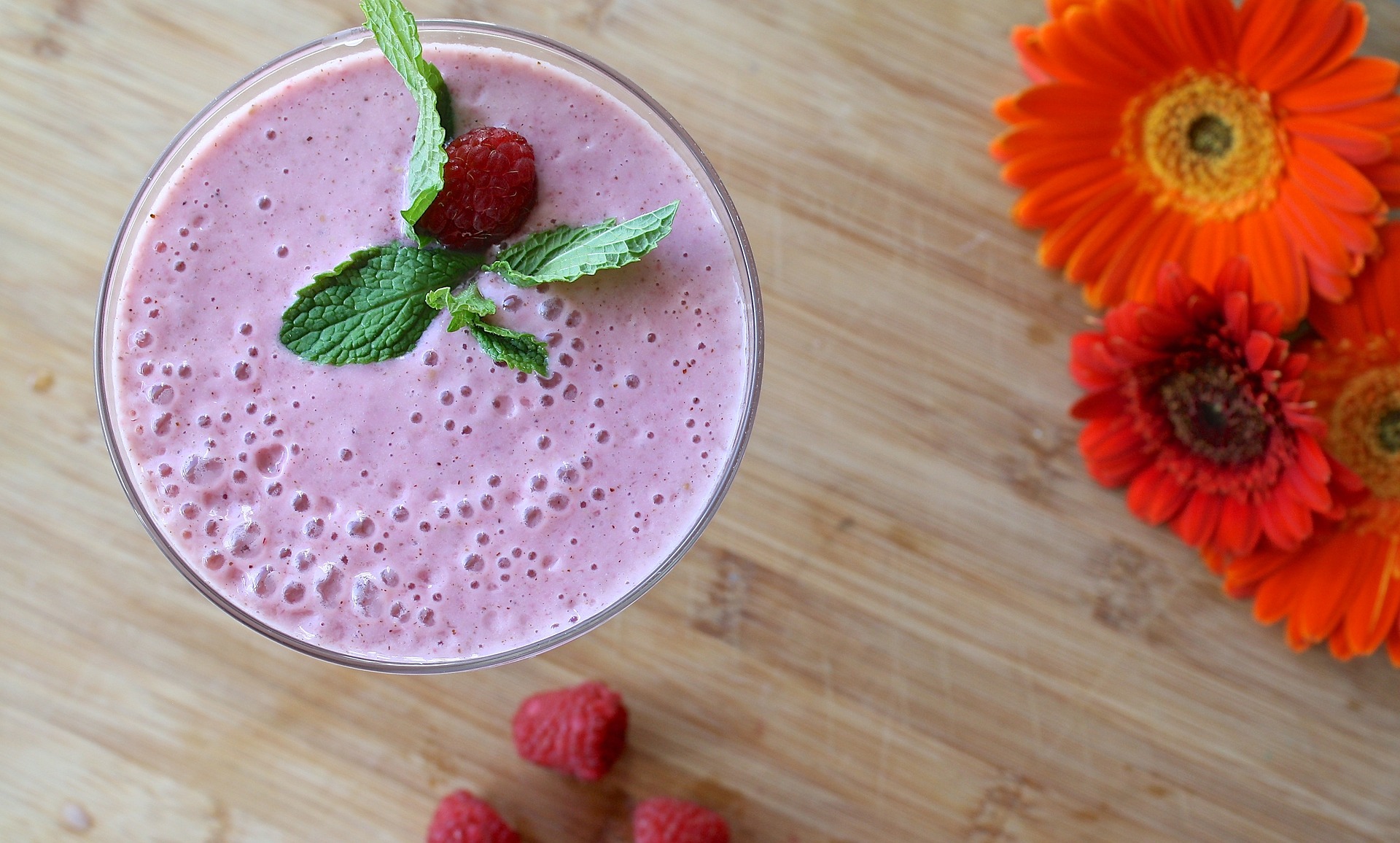 Raspberries Banana Smoothie To Put In Your Will