The 9 Steps To Thwart Your Binge Eating Demons 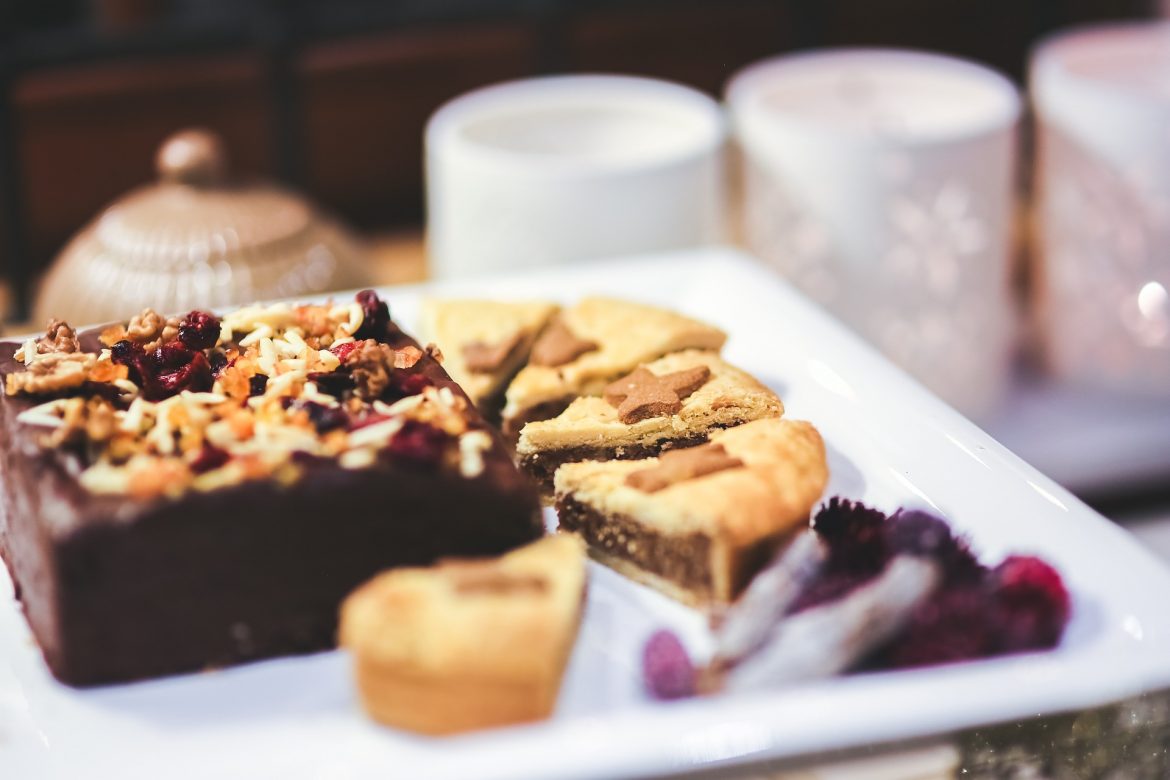 I was a binge eater for 35 years.  That is longer than the age of many of my colleagues.  The funny thing is that in those 35 years that McDonald’s french fry that fell under my parent’s couch cushion is likely still not decomposing!

Why did I binge eat?  This topic I have tried in earnest to uncover and demystify in my Confessions of an Obese Child series.  I would recommend you read the blog or listen to the podcast episodes.   I know I began turning to food as my friend and savior around the age of 5.  Why then?

I think in retrospect I wasn’t getting the nurturing I needed from my parents.  As I explained in Confession #1: Why Did I Become Fat, my father was a mercurial functional alcoholic who undulated between doting and malicious, and my mother was an aloof, chronically depressed woman who spent much of her days alone in her room.  I think many kids have a mirror experience, yet they didn’t turn to food, but for some reason I did.

In short, my waist grew in elementary school and with that so did the “Fat Albert” name-calling.  Which then, in turn, fueled the emotional eating, which then made my waist grow even more.  As I grew and grew (up to 280 lbs by the time I was 16 years of age), there were more emotions with which I had to grapple.  The lack of friendships, the shunning from the opposite sex, the discomfort of gym class and trying on clothes, etc.  Instead of dealing with those emotions, I ate and ate and ate.

Why didn’t I deal with the emotions?  Because whether it be age 6 or 10 or 16, I didn’t have the emotional faculties and wisdom to know how.  What kid can honestly do the introspection necessary to figure out why they do the vice they do.  As I became an adult and my binge eating didn’t abate, I had the wherewithal to know what I was doing but in most cases lacked the power to stop it.

As with my childhood, food was my constant friend.  It was always there for me.  It never spoke back to me.  It always made me feel good (at least the first 5 minutes of the binge).  Why would I want to leave that friend who was so good to me and had been there for so many years?

Luckily, I finally was able to curb my impulses to binge eat.  This is not to say that I never do it, but it is pretty rare nowadays.  I would like to share with you The 9 Steps You Can Take To Thwart Your Binge Eating Demons.

Though this concept seems pretty simple, prior to taking that first bite of the gallon of ice cream I intend to eat I’ll ask myself “Why are you doing it?”  One one level I know why…to numb or distract me from some underlying stressor.  But to articulate or verbalize it puts it out into the open.  It is cathartic just in itself to utter the question similar to how it is cathartic to go to a priest or pastor to confess a sin.  It feels good to say it.

So by asking myself “Why are you doing it?” it kind of puts the onus on me to have to address the topic.  At that point, I answer the question. “I’m wanting to binge because I had a tough day at work.”  “I’m wanting to binge because I’m bored.”  By articulating the reason I want to binge, it almost disarms the threat.  I talk it out and tell myself “Albert, you are stressed…you know there are better ways to deal with this.  Don’t eat the food.” 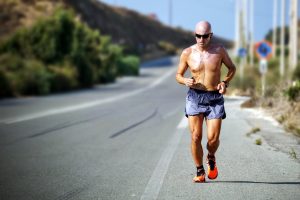 Next time you are craving the binge, driving recklessly to get to that drive thru or pacing anxiously at the supermarket register, go take run!  Get yourself out of that temptation.  Once you get to your gym you will be in a safe confine away from temptation, plus you will be able to work out.  The nice ancillary benefit of that is that not only will you burn calories but you’ll get that cathartic release from exercise.  And throw in some nice endorphins as the veritable “cherry on the sundae.”  Now be sure not to binge eat on the way home!

Leave Your Money At Home

I literally had to do this for years.  I used to work in a nearby town late into the evening.  I knew after an exhausting 12-hour shift working at a clinic I would be very tempted to stop at some fast food for a nice car binge session.  When things got out of hand, I just decided to empty out all of my credit cards and cash on the kitchen counter before leaving.  By not having money it severely disarmed my temptation to binge.

I had ways to get around this.  If the desire was overpowering I would ask the staff for a dollar here or there.  I even on some occasions went into the doctor’s office to scrounge around for some change in their desk!  Yes, it was reprehensible.  Was it dangerous driving without money?  Yes, I was constantly worried that I would have car problems or some other emergency that would necessitate me needing money, but honestly it never happened. Let’s cover more ways to curb your binge eating demons.

Though it might sound pretty drastic, letting out some steam is quite effective.  Whatever works for you!  If you don’t have the time or energy to go run around the block, go to your bedroom and beat the living sh*t out of a pillow or your bed.  Again, it has to do with the catharsis and the release of endorphins.  It isn’t wise to punch the pillow in an attempt to self-loathe for wanting to binge or from the shame of binging post-binge (e.g. “I hate myself! I hate myself!”). See it more as a way to release steam.  Honorable mentions:  Screaming at the top of your lungs in your car!

Journaling is in the same vein with punching, running, and other cathartic measures.  I journaled for years and found it to be quite effective in identifying my self-loathing tendencies, major triggers, and honing my self-introspective skills.  Write, write, write without any regard to grammar.  Just give it off your chest! Let’s cover some other remedies to kill your binge eating demons.

Thirst masquerades as hunger.  So many times when we think we are hungry we are actually thirsty.  But with binge eaters it is a moot point since we don’t eat when we are hungry.  We eat when we are ________.  That being said, if you are really feeling the hankering to binge drink loads of water.  Not so much where you will get hyponatremia and possibly die, but just enough to fill your stomach.  The feeling might dissuade you from eating.  But if it doesn’t the full belly of water will prevent you from binging too much because the tummy aches will kick in sooner.

I know from my own personal experience I could eat tons of food. Gallons of ice cream….burgers….chips without a hint of a tummy ache.  But as soon as I drank a fluid of any sort, the pain came fast.  So this isn’t a tip to encourage binging, this is a preventative tip.  Don’t binge of course…but by drinking water you might either prevent the urge or at least mitigate the amount eaten. 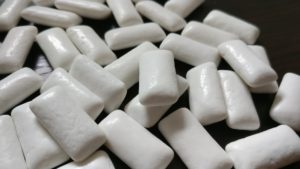 Chewing gum is another little action that might prove effective.  When you feel the anxiolytic urge to binge, pop in some gum.  Preferably xylitol-sweetened gum….but pop in multiple sticks and chew like you are Violet Beauregard from the original Willy Wonka.  Chewing might abate the hankering to binge and distract you enough to use the aforementioned thought-process behavior modification tips given early.

{Read our article on The Toxins in Chewing Gum.}

{Read our article on Definitive Guide to non-sugar Sweeteners.} 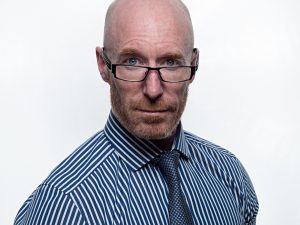 Talk To A Professional.

I found it useful in the past to have an accountability buddy.  Similar to what AA and Overeaters Anonymous (OA) use, it is nice to be able to reach someone at a moment’s notice to talk out exactly what you are feeling.  This person should know your history with binge eating and your particular triggers.  They can help talk you off the cliff to dissuade you not to binge.  In the event that you do binge they can help you with the associated guilt that you feel afterwards. Because that guilt will help fuel your next binge.  One more ploy to curb your binge eating demons.

This is not absolutely needed but recommended.  While there are certain inestimable benefits from having an accountability buddy and talking things out on your own, having a licensed therapist who specializes in eating disorders is a valuable asset.  Because ultimately you will need to address the underlying reasons why you binge eat.  Why you turn to food when you are feeling any sort of emotion?  With the help of a therapist, you might be able to put these demons to rest once and for all.  Cognitive-Behavorial Therapy (CBT) typically works better than psychoanalysis.

Listen to Confessions of an Obese Child on your phone for other advice and story vignettes on what is what like to grow up as an obese child. Lean if I destroyed my binge eating demons.

#54: 9 Reasons Gardasil, The HPV Vaccine, Should Be Avoided

#55: The Danger of Non-Stick Cookware & PFCs

Wonderful blog! I found it while searching on Yahoo News. Do
you have any tips on how to get listed in Yahoo News?
I’ve been trying for a while but I never seem to get there!

Hi there to every body, it’s my first pay a quick visit
of this weblog; this weblog contains amazing and truly
excellent data in favor of visitors.