Pudding has morphed from clump, preservative-laden kid’s snack to a rock star.  Why? We have left the “prehistoric” era of Jell-O instant pudding or even for that matter, pudding made with dairy.  A new generation of pudding has come around in the last 10 years that has amplified it to an easy Paleo, Keto “God of the desserts.”  Let’s look at one of these new “revised” puddings: Keto Vegan Vanilla Avocado Pudding.

Why a Keto Vegan Vanilla Avocado Pudding?   As with many of the recipes at Naturopathic Earth let’s look at what is wrong with the antiquated decades-old variety of pudding first.  And boy was there a lot wrong with it.

A large majority of us first exposure to pudding was through the saintly Bill Cosby.  Of course, I’m being facetious.  But he was the spokesman for Jell-O for years when he was the surrogate dad of the 80’s through his Bill Cosby Show.  We ate pudding pops but more often than not, we ate Jell-O’s instant pudding.

Making real pudding was too hard and took too long compared to instant pudding.  Even your mom would agree with that assumption.  But in retrospect the ingredients in regular pudding were only slightly better.

So before we discuss the Keto Vegan Vanilla Avocado Pudding recipe let’s look at the ingredients of instant pudding.  It was essentially three types of corn sugar, food dyes, and preservatives mixed in with milk.  Looking back we cringe.

Let’s look at the main culprits.  Food dyes are linked to cancer and developmental problems like ADD/ADHD. (Click HERE to learn the whole truth about food dyes.)  Preservatives, like potassium sorbate, are linked to hormonal issues.

And the corn products….well we could spend a whole article on the evils of conventional corn.  Let’s just say they are GMO and when refined like in corn syrup and the even more insidious high fructose corn syrup they turn into obesity and diabetes-makers.  Pure garbage.

What about the milk?  Milk is controversial.  Sure Britney Spears and other celebrities would do ads for the dairy industry boasting their milk mustaches to inculcate into us how healthy milk is.  But is it?

Milk has two proteins that are worrisome.  Lactose is a common food allergy for many.  Even though you may not be lactose intolerant you may be lactose sensitive, which leads to “brain fog,” “leaky gut,” abdominal pain, flatulence, and alike.  Casein, another protein in cow’s milk, is a possible promotor of tumor growth.  Ouch!  Perhaps it is best to try one of the non-dairy milks.  (Click HERE to read our Review of non-dairy milks.)

Plus most people in the 1980s were drinking skim or 1% milk. Back then we lived in the high carb, low fat paradigm which has wrought so much destruction today.  People bought those milks thinking that fat made you fat and even today middle-age people still buy low-fat milk.  Please buy whole milk if you are going to drink milk since it is more satiating and boast less sugar.

Let’s get to our Keto Vegan Vanilla Avocado Pudding recipe.  Clearly, no dairy is in it as the name would suggest so we avoid that food allergen.   So what do we use to make is creamy and textured?  Super ripe avocados.  Look at that.  You take out a food allergen, possible carcinogen and replace it with a superfood like avocado.

The avocado brings the textured substance to this Keto Vegan Vanilla Avocado Pudding recipe.  But wait we add coconut milk to bring a little more creaminess.  If you don’t like coconut milk, click HERE to choose another non-dairy milk that is nutrient-dense.

Now let’s sweeten it up.  There are is a wide arsenal of sweeteners you could employ.  You could use stevia, since it is calorie-free and won’t spike your blood sugar, but that is not my go-to choice.  (Click HERE to read our Review of non-sugar sweeteners to find out why.)

I opted for Manuka honey.  Honey is a great sweetener since it still contains all of its phytonutrients (vitamins & minerals) and antimicrobial power.  It will spike your blood sugar but in this case it is worth it.  And remember to what you are comparing it: food dyes, preservative, corn syrup crap.

We also add Madagascar pure Vanilla to give it a vanilla taste.  If you don’t have any, click on the picture below to buy it now.  Try to avoid imitation vanilla if you can.

We throw in some chia seeds to add some fat, fiber and color.  The former is really not needed since avocados bring a lot of fat and fiber but hey chia seeds are a superfood seed that should go in anything.

That’s it! This Keto Vegan Vanilla Avocado Pudding recipe is ready to be well-blended and refrigerated.  Add some coconut shavings or berries on the top if you like for garnish. 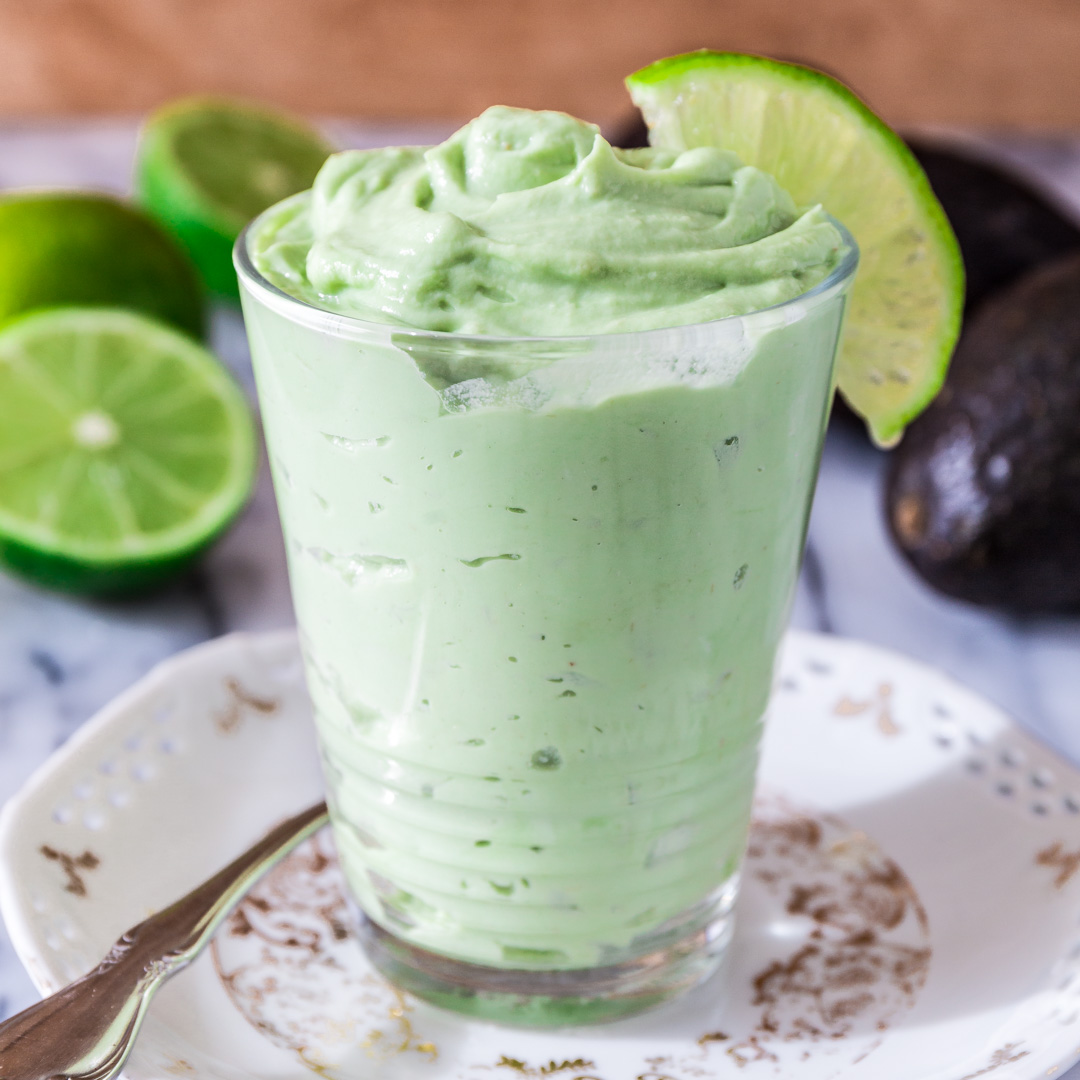 Put all the ingredients in a food processor.  Blend until smooth.