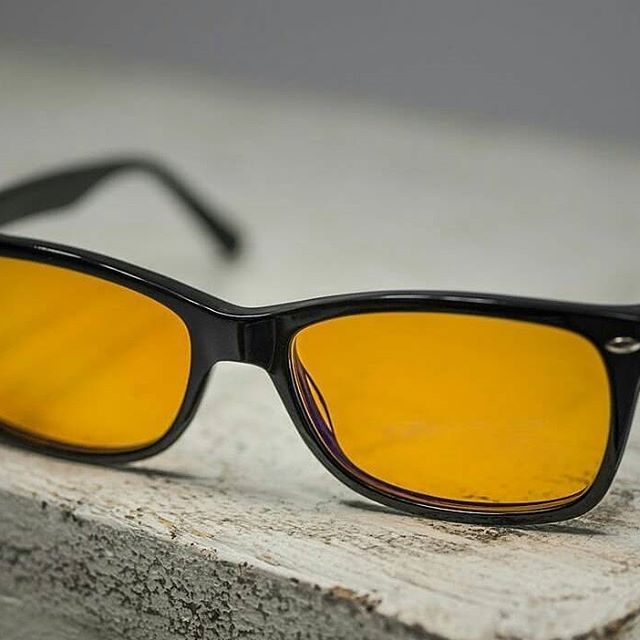 When I was a kid Corey Hart’s classic 80’s song “Sunglasses at Night” was hugely popular.  It started a craze of wearing sunglasses after dusk, but then it petered out after a few years.  Perhaps a quarter-of-a-century later that trend has finally caught on again!

You might have seen people wearing peculiar-looking sunglasses at night.  Are these people just hipsters, or quasi-egotists trying to look cool?  Perhaps, but these people might be well-read biohackers who are doing their best to optimize their health.  Why?  Because these glasses block blue-light being emanated from certain devices and lights. So let’s talk about the benefits of blue-light blocking glasses.

Insomnia is a big problem today in America.  According to the Sleep Foundation Organization, approximately 30% of people suffer from sleeping problems or disruptions in their sleeping habit.  Nearly 10% sleep less than 4 hours a day. Many reasons exists as to why they are not getting a full compliment of sleep, such as:

The reason of the problem is somewhat moot in that it doesn’t matter what the cause is.  It needs to be addressed quickly either way due to the fact that several medical disorders are directly linked to insufficient sleep.  They include (among other things) higher rates of:

Great NPE articles and podcasts that accompany this article are:

So as you can see sleep deprivation (which is characterized as less than 7 hours of sleep nightly) is a serious issue and must be resolved quickly.  Some may be address easily, such as making your room colder and darker or limit your alcohol, while others require medical attention (such as sleep apnea or obstructions in your respiratory system).

For the common person, the main reason for sleep disorders is pretty simple.  Screens!  Screen emit blue light, a particular type of short wavelength frequency.  Blue light is predominant in phones, computer screens, and even TVs.  It is also emitted from fluorescent and LED lights.  The issue with blue light is that it suppresses melatonin production and increase cortisol, both of which leads to insomnia.  How?

We have a natural circadian rhythm which is in tune with the sun.  Our body receives cues from the morning sun to awaken.  Our cortisol level is highest during this time.  As we receive sunlight throughout the day, our body knows to stay awake.  Once the sun sets the pineal gland releases melatonin “the sleepy hormone.”  The body thinks “well the sun is down, it is time to get ready to sleep.  From 7:00pm-10:00pm melatonin production increases to the point that we are drowsy.  This is all normal.

Blue light from your personal devices and lights tricks the brain into thinking that it is still daylight.  The pineal gland thinks “well it is still sunny outside so I guess I won’t make any melatonin.”  As you continue to look at your screen, melatonin isn’t made and so when you are finally ready to go to sleep you are wide awake. Your brain thinks it is 4:00pm!

What Can Be Done?

We here at Naturopathic Earth are not necessarily asking you to not look at screens from dusk until nighttime.  Nor are we asking you to get rid of your fluorescent and LED lights in lieu of incandescent (“old-school”) light bulbs (though that might be smart).  {Listen to NPE Radio podcast on dangers of fluorescent lighting to see why.}

But we suggest you take measures to block this blue light.  Even if you are one of the types who can fall asleep on a dime, blue light exposure over an extended time can lead to permanent eye damage and blindness.  We don’t want that.  You can put a filter on your phone and even your computer to block blue light.  This is an absolute must!  But what is going to protect you from the fluorescent and LED lighting?  Blue-light blocking glasses!

Blue-light blocking glasses come in all shapes and styles.  Some mimic regular reading glasses while others look like sporty sunglasses.  Most will have an orange-tinge to them.  Buy one that fits your budget.  Please note: regular sunglasses do NOT block blue light.  Only specific blue-light or polarized lenses do.

Here are a few (click on the link to buy them on Amazon).

Here are a few blue-light filters for your computer screen.

At the beginning you might feel a little funny wearing glasses at night.  A couple of things…blue-light blocking glasses are gaining popularity and as more people wear them, including celebrities, the more commonplace it will be. Secondly, if you are having insomnia and you don’t want to revert to strong prescription drugs with even stronger side effects, then give it a shot.  If anything you might be a trendsetter among your friends!

Listen and subscribe to NPE Radio for more biohacks!

Subscribe to Kate’s Apothecary: A Beginner’s Guide to Aromatherapy.

Check out Confessions of an Obese Child, a podcast series for those who grew up overweight.

Do you have blue-light glasses?  We would love to hear from you below.

What To Drink When Fasting

The Beauty of Wellness Coaching

#165: How To Biohack Your Christmas Holidays...

5 Reasons We Get Sick In Wintertime

“Should I cheat on my steam room...

This is a really good tip particularly to those fresh
to the blogosphere. Short but very accurate info… Many thanks for sharing this one.
A must read post!