ArticlesConfessions of an Obese Child 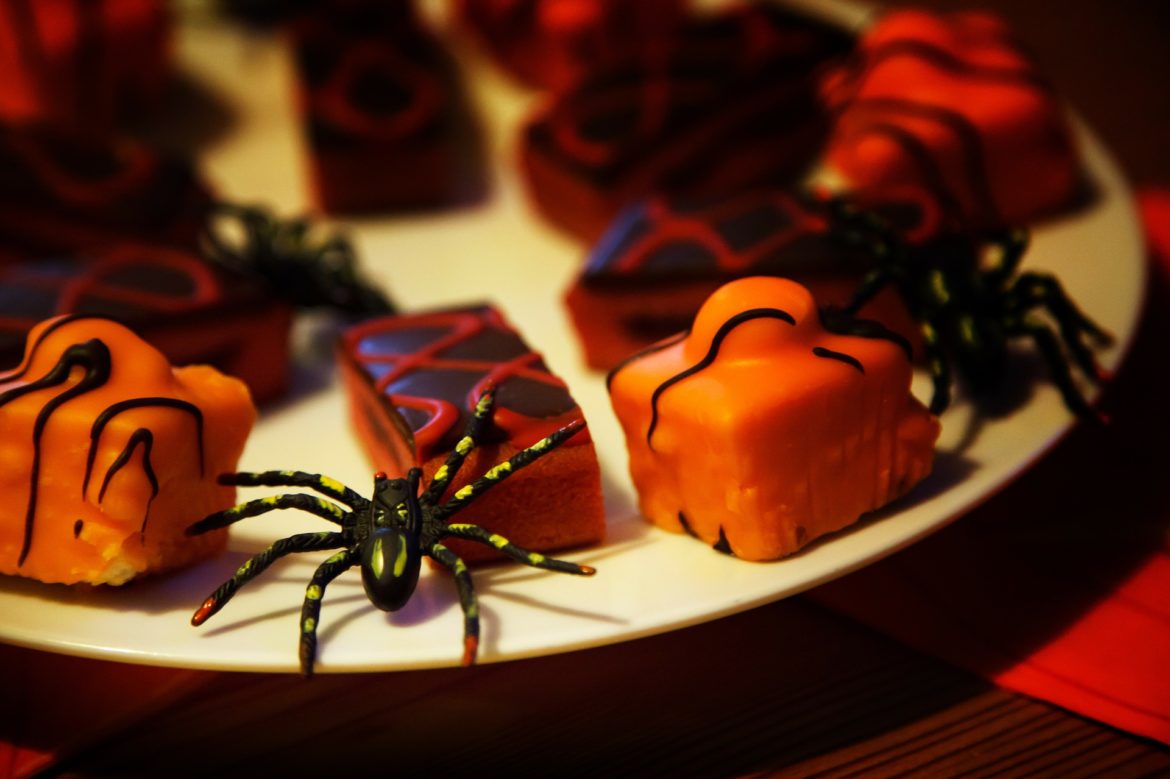 Halloween is a binge eater’s dream.  Especially when you are a child.  I should also say it’s the ideal cover to conceal your eating addiction.  This day, along with Thanksgiving and the Super Bowl, are days in which it is perfectly acceptable to overindulge.  In fact, it is part and parcel of the day…doing so would be anathema to the essence of the holiday.

Incidentally I’ve seen some changes in Halloween. In hindsight it seems that only in the last 10 years that you see people treat Halloween like Christmas.  In so much as we, Americans, now decorate our lawns with Halloween accouterments, such as orange lights and inflatable, scary spiders.  When I was a lad, most people had maybe a Jack-O-Lantern or two on the porch and that’s about it.

It seems that some treat Halloween as the neo-Christmas.  Perhaps it is the atheist, who no longer have a home for Christmas, has overcompensated by aggrandizing this day.  Or perhaps as we enter a post-Christian society, we are entering a world where we are more preoccupied with the occult.  I’m not sure why, but certainly the outdoor fixtures have certainly increased the last few years.

Let’s go back to my youth.  I do have some vivid images of Halloween.  Most of which are not too happy…which I suppose stays quite in line with most of my memories of an obese child.  Overall, the Luna family didn’t celebrate Halloween.  It was a day in which trick-or-treating was the norm, but not much else.  No parties, no family traditions of bobbing for apples, no trips to Fall carnivals or pumpkin patches.  My parents were immigrants from Mexico.  They have Dia de los Muertos  there, but the American version of Halloween might have left them perplexed and thus unenthusiastic to frolic in the revelry.

My overall memories of Halloween are pretty scant.  I do remember dressing up for trick-or-treating in my early years. I went with my older brother (Check out the “Popular Brother” posting.) and his group of friends.  I remember distinctly how they would steal my candy from the same plastic orange buckets we use today.  You don’t take candy away from a young child!  Especially one who has the mission to accumulate and consume as much candy as possible.

On most Halloweens, I was eating the candy as we went door-to-door.  I knew that my parents were going to confiscate most of the candy by the time I got home, so I had to get my best Augustus Gloop impression shoveling in the chocolate.  There were probably times when I rang the door and uttered “Trick-Or-Treat” with a mouth load of candy.  To quote the Master of Binge Knowledge Gloop, “I got to have the chocolate!”

Upon returning home, I would dump my candy on the ground.  I have always viewed sugar candy as a complete waste of candy.  I wanted chocolate.  So when I would peruse the pile of free candy, I acted like an insolent brat. “Why do I have so much Nerds, Jolly Ranchers, Lollipops?!”  I would typically put those in a bag and take them to school to trade with kids who had legit chocolate-based candy.  The only true candy.

After having a few pieces my mom would gather up the candy to hide it.  By the time I was 6 years-old I was gaining a lot of weight and certainly when I was an older child I was morbidly overweight.  My parents’ solution to my obesity was hiding junk food and taking me to dietitians.   As mentioned in “The Locked Cabinet,” no junk food was safe from me.  I was a bloodhound!

I would search every nook and cranny and break open any locked pantry to get to my junk food to feed that insatiable, ravenous desire to feed the whole in my psyche that no amount of food would ever satisfy.  But back then, I didn’t know that.  I ate to block the psychological pain.  It gave me momentary reprieve until the actual physical pain of binging reminded me how much of an utter failure I was.   And that would fuel the next binge. Rinse, lather, repeat….

The beauty of my mom hiding the candy was that she was not too adept at it.  I normally found it the next day and consumed all of it in one sitting.  I would dispose of the wrappers in a bag and tuck that bag in the trash.  Classic binge eater modus operandi.  The following day I would not ask for a piece of candy from my Halloween stash, not because it would reveal my duplicity but more because I was ready to move on to my next binge target.

Akin to a narcissist always seeking a new person to tap into their narcissistic supply, I was on the prowl for the next rapid consumption of junk food.  And honestly, my mom, so preoccupied with her depression and anxiety, would not even remember there was Halloween candy somewhere in the house.  Both of us unconsciously offered it up to the ether.

Is my experience with Halloween much different than the typical kid?  Not sure.  I was recently watching the new season of Stranger Things.  Those kids yearned to rapidly consume their candy in a short amount of time (which is the true definition of binging), but I think their motivations were different.

Either way, certainly millions of kids tonight will consume too much candy for their own good.  Does that make them pathological?  Certainly not…and to be fair when most kids “eat too much Halloween candy” it means maybe 7-8 pieces too many.  A binge eater’s view of “too much” is vastly different than the typical person.  In truth, I could scarf down 4 family size bags of peanut butter cups without hesitation.    Don’t think most kids would feel the need to do so.  I did…

Now with my children, I try to have a balanced approach to Halloween.  They love the day of course.  As mentioned in the “Stocky Son” episode, I worry about my eldest son’s weight.  He is stocky.  He is 6 years old.  He doesn’t know about daddy’s past, nor do I want him to know.  He does gravitate to processed, junk food when given a choice between it and healthier food, but maybe every kid his age does.

I don’t see my kids on Halloween anymore, unless it falls on a Thursday.  Before the divorce, I would trick or treat with the older ones.  Afterward the policy was that they could have a few pieces that night but the rest would be put away so they could eat a few pieces every day for the next several weeks.  That policy seems sensible and pragmatic.  Is it the wrong policy?  Does this Draconian measure cause him to want to binge eat the food like I did?  I’m not sure.

What I do know is that Halloween is a binge eater’s delight.

Listens to all my confessions on Apple Podcasts, Stitcher, or wherever you listen to pods!

Confessions of an Obese Child #9: The...

Asking questions are in fact nice thing if you are not
understanding anything entirely, but this article gives good
understanding yet.